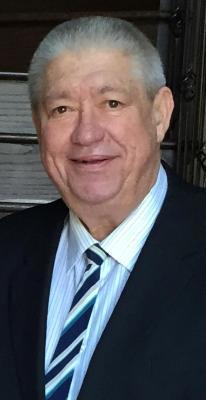 It is with heavy hearts we regret to announce that on Tuesday, July 19th, 2022, William A. Skerczak (a.k.a. Bill), passed away peacefully in St-Lambert, Quebec. He will lovingly be joining his late wife Danièle Dorice Skerczak in heaven, four years after her passing. He will also be sadly leaving behind his daughter Penni (James), his three grandchildren Alessandra, Liborio, and Anthony, as well as his older brother John.

Born in Pittsburgh, Pennsylvania in 1946, Bill proudly served as a member of the United States Air Force. After being honourably discharged from service, Bill then briefly worked as a cruise director where he eventually met his wife Danièle, and subsequently spent most of his career as a talent director for her during her years of singing and performing on cruise ships.

An avid fisherman and traveler, Bill’s favourite times were always spent outdoors, around the water, and listening to country music. He was long known as the king of the barbecue, loved cooking for his family, and his famous Billy burgers never failed to put a smile on everyone’s face. He will be dearly missed.

A commemorative service will be held in the chapel of the same place from 6 – 7 pm.

Afterwards, the family invites you for condolences and reception, to share good memories of Mr. Skerczak 's life from 7-9pm