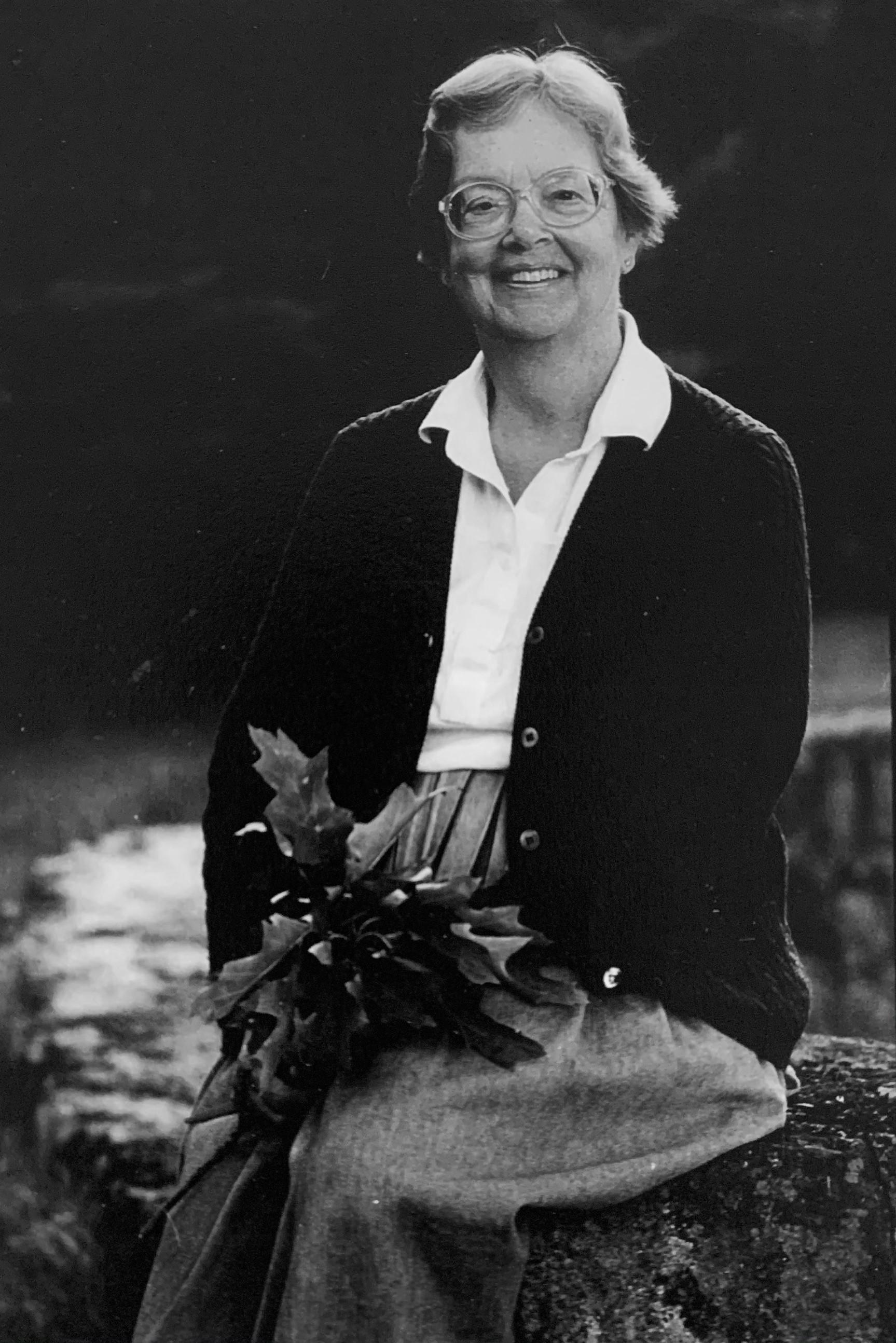 Margaret Shirley McCall died peacefully in Montreal at the age of 93 years.

Shirley (Birdy) was an indomitable force and led a full and memorable life. She was unique, opinionated, curious, generous and kind, sharp and almost indestructible. A petite woman with a big presence. She never seemed to falter or give in to heartbreaks or her poor eyesight. She led her life governed by her passions including her friends, horses, world travel, art, curious intellect and love of Manitou.

Shirley was educated at The Study School, Montreal, followed by Mount Holyoke College, Massachusetts. Two years later she returned to Montreal to McGill University where she graduated with a B.A. in 1950. While at McGill she was taught by Arthur Lismer which further developed her passion for art. After graduation she worked in the Department of Cardiology at the Children’s Memorial Hospital in Montreal.

Shirley developed a love of horses at an early age. She successfully competed with her horse, Diamond, as well as riding all over Montreal and Manitou. With her aunt she rode to the hounds with the Montreal Hunt. In 1987 she joined the syndicate that owned the famous Canadian show jumper Big Ben.

Shirley married the love of her life, Dick, on October 10th, 1952 and they had three children.

After Dick’s death in 1965, Shirley cast her eyes around the globe. She was an adventurous lady who travelled into the unknown. She loved her London to Peking Motor Challenge trip. A special family trip was Christmas spent at the foot of Mount Kilimanjaro!

Manitou was her happy place, pride and joy. She was an avid gardener, an incredible hostess and she always welcomed all her friends and family, young and old. It was here that she really engaged with all and challenged us intellectually with her zinger questions, followed by a serious game of cribbage or a round of “puff ball” with us all collapsing in laughter.

Shirley was an inspiration to several generations of cardiac and thoracic surgeons through the Stikeman Visiting Professorship at McGill University. Additionally, she gave a substantial land donation to Conservation Manitou. These legacies will live on for future generations.

Her friends and family will miss her laugh, advice and encouragement, not to mention her directness and brutal honesty. She never suffered fools lightly!

Shirley was predeceased by her husband Richard Alan Stikeman and her brother James McCall. She is survived by her children Gillian, James and Victoria (Jeremiah Hudacin), her grandchildren Paul (Stacey) and Nicholas Delplace (Danielle), Clara and Coco Hudacin and her brother David McCall (Sheila). Heartfelt thanks to Lucy Flint, Shirley’s long time caregiver.

Due to COVID-19 a small family ceremony will be held.

Please leave a story or memory in the Guest Book on this forum as we would love to hear them.