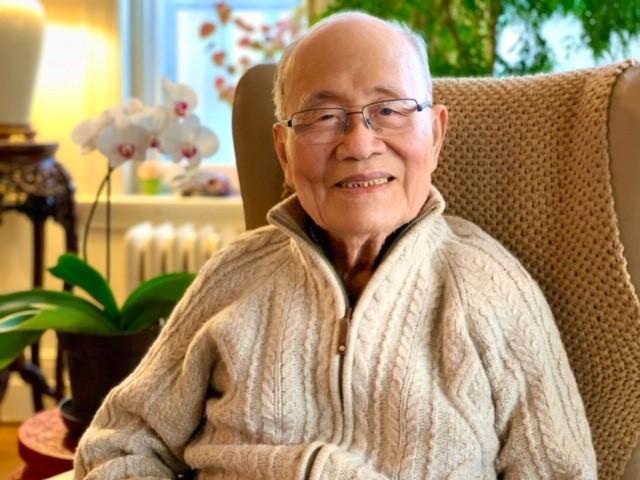 As a boy, Pak Chow was fascinated with aviation. Even during the Japanese occupation of Malaysia during WWII, he continued to build balsa wood model airplanes, which he flew. Such was the precision of his model planes that it impressed the Japanese. This passion lead to a career in aviation which ranged from an air traffic controller, amateur pilot, Director of Civil Aviation in Singapore to the UN special agency, ICAO – the International Civil Aviation Organization whose headquarters in Montreal brought the family to Canada. His initial training in this field took him first to Singapore, then to post-war Britain where he trained at the Royal Air Force Shawbury in Shropshire. He was then stationed to remote Malaysian airports and as he progressed up the administrative ranks, he furthered his education in Melbourne and Oxford. Travel was a constant as he represented the nascent Singaporean government in negotiations on airport slots and air traffic rights. One of his many responsibilities was the administration of Singapore's airport where later on, he would lay the foundation for the development of the present Changi Airport. As children, we looked forward to his return not so much because we missed him, which we did, but more for the toys and sweets that invariably accompanied him home for his eight children. There would be Swiss marionettes, English stuffed animals and toy koalas and kangaroos to name a few.

While not travelling or at work, his family and hobbies kept him busy and these ranged from orchids, rearing pet fish and turtles, photography, baking, model trains, flying airplanes and collecting Chinese porcelain. The first plane that he ever flew was the Canadian made Cessna. At home, we were surrounded by indoor plants, Chinese art and antiques and a plethora of reading materials. Growing up in Montreal, our magazine subscriptions could rivalled that of most libraries with National Geographic, Time, Newsweek, Life, Maclean's, Reader's Digest, Arts of Asia, Gourmet, Scientific America, Aviation Week and Space Technology and the list goes on. At Christmas and Chinese New Year, his baking skills shone with a cornucopia of Christmas and Dundee Cakes. Chinese New Year in Singapore saw a variety of traditional sweets and cookies being made, chief among which was the pineapple tart which took several days to make from rendering the pork fat to lard, cooking the pineapple jam and making the pastry for the tarts. For birthdays, there were always cakes iced with Swiss meringue. Homemade waffles and potato pancakes were always a treat and food, like life, was a passion for him. Even classic red jello was lovingly prepared for his young grandchildren in Montreal.

The flame has been extinguished in his 95th year. He passed away peacefully and was pre-deceased in 2017 by his wife Lydia of over sixty years, his daughter Philomena, and daughter-in-law Li-Hsien. He leaves his children, all beginning with "P" (so as to confuse the postman) as his baptismal name was Pancratius - Peter (Amanda), Philomena (Bong), Paul (Christina), Patricia, Patrick (Esther), Petronella, Pius (Kay) and Philip (Li-Hsien); grandchildren Alex (Alexandra), Natasha, Catherine, Jeremy, Nicholas (Michelle), Edwina (Mike), Darren, Lindsay, Kimberly (Rajiv), Brendan, Olivia, Connor and great-grandchildren Penelope, Wilkin and Loic.

Funeral and interment to take place at Mount Royal Funeral Complex at 11:00 am on November 2, 2022 - All Souls' Day. In lieu of flowers, donations can be made to the Bishop White Committee Library of East Asia at the Royal Ontario Museum in support of books and periodicals related to Asian art (select "Donate" at rom.on.ca and please choose "ROM Library and Archives" from the funding allocation menu).