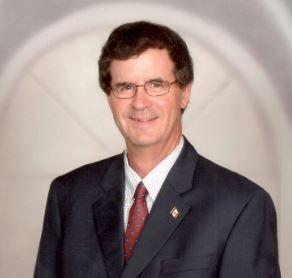 On Saturday, May 21, 2022, Michael Angus McMorran died peacefully surrounded by his family. Michael leaves behind his loving wife, Louisa, his beloved daughters, Deborah (Serge Canuel), Meredith (Shawn Brooks) and Jennifer (Derek Boshouwers), grandchildren, Shanelle (Sébastien Aubin), Stella, Xavier and Clara, and great-grandchildren, Mathéo, Dannick and Loïc. Michael will also be missed by his sister-in-law, Carol, and brother-in-law, Donnie. He was predeceased by his sister, Margie. Michael was born in Montreal and raised in Ottawa, spending his summers on Dorval Island. He studied dentistry at McGill University and was an active member of the Phi Delta Theta fraternity. Dentistry wasn’t for him so he turned to accounting and earned his CA from Sir George Williams University. Michael later attended Harvard Business School’s Executive Program in 1984. He began his career as an accountant and soon thereafter, joined the tax department of Alcan Aluminium, ultimately serving as Chief Tax Officer until his retirement in 2001. Thanks to his remarkable business acumen and ability to handle Alcan’s affairs with aplomb, Michael earned the lifelong respect of colleagues far and wide. Not one to be all work and no play, Michael hit the golf course every chance he got. In the 1970s and 1980s, memories were made sailing the Thousand Islands and, from the 1990s until just a few years ago, Michael and Louisa cruised the world together. The family wishes to thank Saint-Lazare’s ambulance technicians, CLSC caregivers from Vaudreuil and the staff at l’Hôpital du Suroît. A small service and reception will take place at Belvedere Funeral Complex, 22025 Ave. Transcanadienne, Senneville, on Sunday, May 29, at 11 a.m. In lieu of flowers, please consider a donation to the Canadian Cancer Society or a charity of your choice.