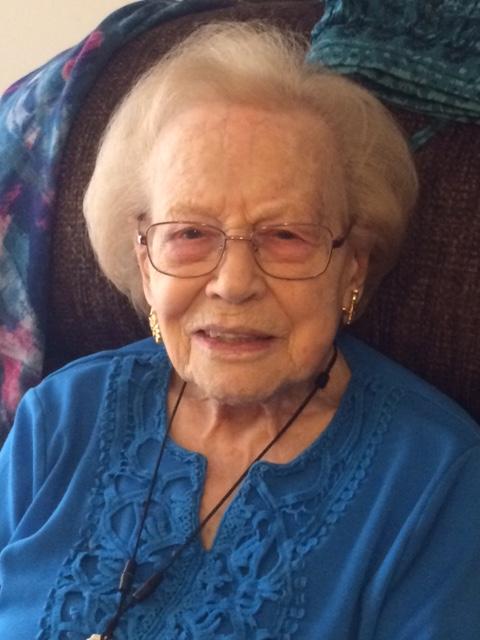 Lucie Harper, age 99, passed away on April 24 in Montreal. On Mother's Day, she would have celebrated her 100th birthday. Her family would like to thank the palliative care team at the Sacré-Coeur Hospital for their compassion and care during her final days. This made it possible for the end of Lucie’s journey to be peaceful even amidst the coronavirus chaos engulfing the world around her.


Lucie was born in Henfield, Sussex, England to William and Ethel Fry. She grew up in Malthouse cottage as a fourth in line of six sisters (Kathleen, Constance, Dorothy, Elizabeth, Joan). During the war, she lived in London and was very much engaged in social work. This entailed placing conscientious objectors in jobs essential to the war effort. She also helped wounded soldiers to return to civilian life and reunite with their families. In 1947, she crossed the Atlantic to join her future husband whom she had previously met in London during the war.


Lucie is predeceased by her husband Edward Christopher Harper (1912 - 1985) and her son Peter Edward Harper (1958 - 2010). Lucie will be dearly missed by her daughter Elizabeth Anne Harper, son-in-law François Huot, grandson Mikhaël Harper-Silverstein as well as Saule Philantrope Dion, Lucille Duguay, Louise Michon, Julie and Joshua Riddoch and many nieces and nephews back in England.

Lucie always took an interest in people around her, who they were and what was important to them. She was charming, engaging, caring, witty, always full of clever humour, comments and insights. Lucie was loved and adored by all who knew her and had the pleasure to spend time with her. She will be remembered with fondness and love.


A commemorative celebration of her life will take place at a later date. In lieu of flowers, please send a donation to the Habilitas Foundation (https://habilitas.ca/the-foundation), which is an organization making a real difference in helping those with physical disabilities live better.