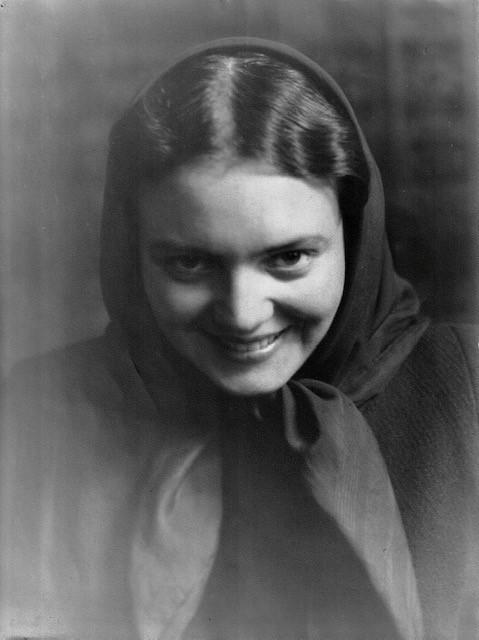 On Thursday, May 6, 2021, Luba passed away peacefully at the Chateau Westmount long term care home, with her son at her side. Born in Odessa, Ukraine in 1924, Luba began her life’s journey in the world of art at a young age, attending the Kiev Art School at the age of 14. Events surrounding the second world war compelled her to leave Ukraine with her only surviving relative, her mother. They travelled a harrowing journey to Austria, where she furthered her studies in the arts for five years at the Academy of Fine Arts in Vienna. From there she emigrated to Canada in 1948 with her mother. She eventually settled in Montreal where she later met and married Neurologist Dr. Pierre Gloor. (We are a package deal, my mother and I,” She told Pierre. “Also, I don’t cook.”) Theirs was a long and loving marriage.

True to form, Luba continued her studies, first at the École du Meuble de Montréal and then at the Montreal Museum of Fine Arts School of Art and Design. As a printmaker, painter, sculptor, collage artist and muralist, she had her works exhibited both nationally and internationally at such prestigious venues as the National Gallery of Canada, the Canadian Museum of Civilization and the Montreal Museum of Fine Arts. Her works were also exhibited in shows at the Metropolitan Museum of Fine Arts in Tokyo, as well as at venues in the United States, Taiwan, England, and Brazil, to name but a few. One of the greatest sources of pride in her immense body of work was “The World of Neurology”, a mural she created for, and is displayed at, the Montreal Neurological Institute-Hospital.

“Life is Beautiful” was Luba’s mantra, an apt mantra for a beautiful woman. She was a loving mother, devoted wife, and was independent, adventurous, accomplished and capable. Her life as an artist defined her, but she was also devoted to her family life. She loved nature and the outdoors, and together with Pierre covered many miles hiking and cross country skiing. In the late 1950’s, Luba and Pierre embarked on an ambitious project to construct a cottage in the Laurentians, having no prior experience. Luba assumed the role of designer and architect, and with the help of their close friends (who also built a cottage next door) they successfully turned Luba’s designs into reality.

She was predeceased by her husband Pierre, and her daughter Irene. She leaves behind to grieve her son Daniel (Deborah) and her four grandchildren, Amanda, Patrick, Justin and Emilie, as well as her two step-grandchildren Aurelie and Emile and her son-in-law Eric (Yoanna) She also leaves to grieve many dear friends whom she cherished greatly.

The family wishes to thank her many caregivers for the assistance, kindness and friendship they have shared with Luba over the years, including Arve, Nina, Cynthia, Ditas, Susana, and many others who assisted the family through Luba’s journey. Thanks also to the remarkable staff at Chateau Westmount, who made the last leg of her journey comfortable and peaceful.

In lieu of flowers, the family wishes that you consider making a donation in Luba’s memory to the Montreal Neurological Institute-Hospital.

In respect of the pandemic restrictions a private service will be held, by invitation only, at the Mount Royal Cemetery on Tuesday May 18. Arrangements have been entrusted to Mount Royal Commemorative Services.