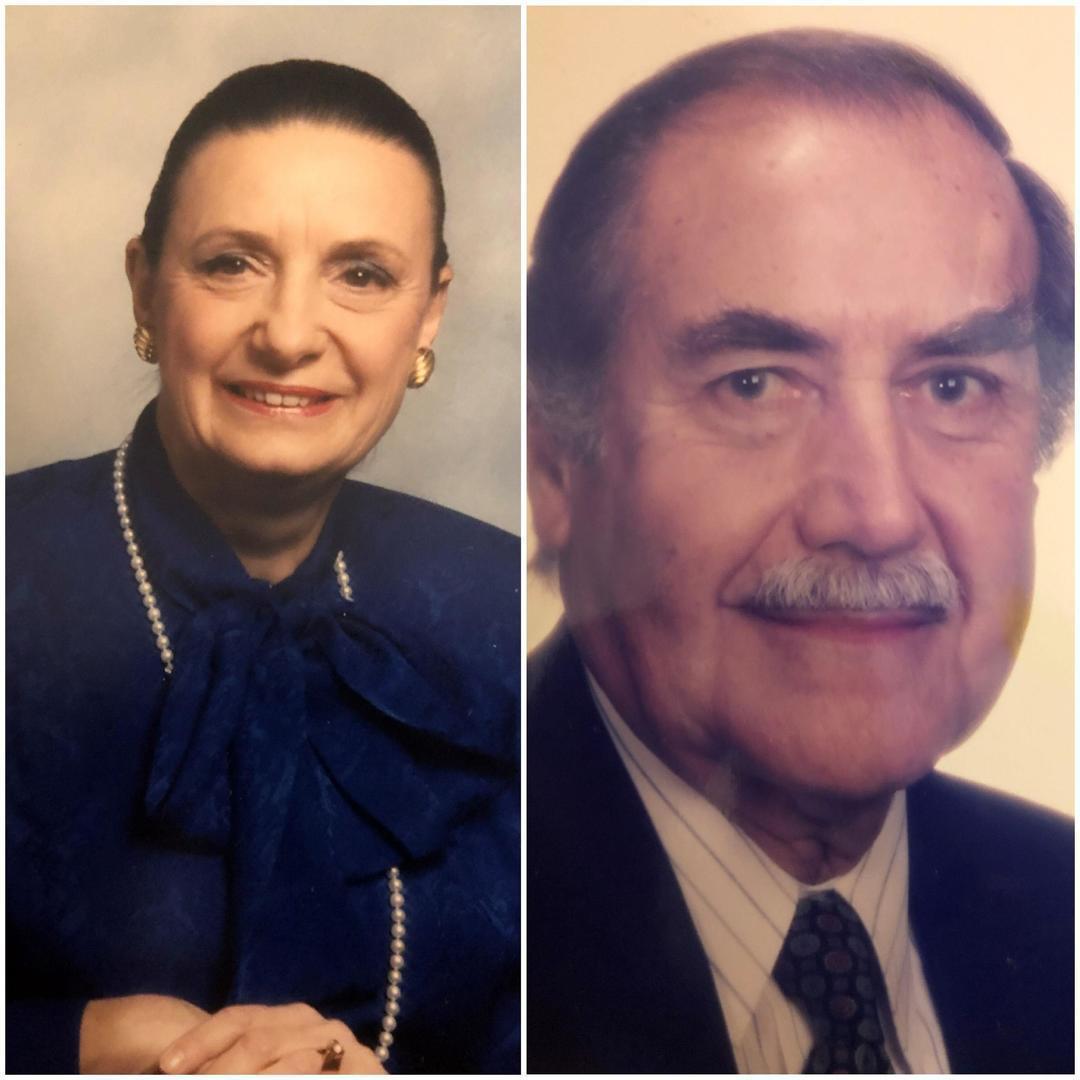 Louise Gauthier (née Lapointe)
May 1, 1927 – April 30, 2020
Montreal, Quebec
With sadness and solace, we announce that Louise Gauthier passed away peacefully with her loving husband Jacques by her side.
Louise was born in Montreal, Quebec, and grew up in Outremont, the eldest of four children of Joseph-Arthur Lapointe and Noellie Lalande.
Louise met Jacques by a chance encounter in Shawinigan Falls in 1952 and they were wed on May 30, 1953 at St. Viateur Church, Outremont- a loving marriage of nearly 67 years. The family moved from Montreal, to Toronto, to Paris, France and Kalamazoo Michigan before returning to Montreal in 1984. Louise was delighted to be “home” again, and enjoyed many years living in Town of Mount Royal. Louise was happiest when surrounded by loved ones. She was a model of elegance, energy and always appreciated listening to the life experiences of family and friends.
Louise is survived by her husband Jacques, son Yves (Joan), daughters Danielle (Brian Quinn) and Christiane (John Dore). She was the adored grand-maman to Emily Gauthier, Marie-Claire Gauthier, and Christiane Gauthier (Brian Donnelly), Philip Quinn (Taylor Dean), Stephanie Oppel (Michael) and Alexandre Quinn, and great grand-maman to Cassius Quinn and Beau Oppel. She will be dearly missed by her sister and brother in law, Monique and Claude Naud, as well as several nieces and nephews. Louise was predeceased by her sister Pierrette and brother Guy.

Jacques Gauthier
January 5, 1928 – May 5, 2020
Montreal, Quebec
It is with profound sadness that we announce that Jacques Gauthier has passed away peacefully at age 92. He is reunited with “son chou” Louise Lapointe Gauthier who died five days earlier.
Jacques was born in Montreal to Henri Gauthier and Antoinette Morin, the youngest brother of Pauline Gauthier Prevost and Col. Jean Gauthier. The family lived in Le Plateau district where Jacques’ gregarious and enthusiastic nature emerged. At a young age, he developed a strong work ethic - delivering groceries by bicycle and selling bus tickets on street corners. He went on to graduate from the University of Montreal in 1949 (BSc – Chemistry) and started his career as a pharmaceutical sales representative for The Upjohn Company – a thirty-five year career.
In 1952, he met the love of his life, Louise Lapointe, and they married May 30, 1953.
Jacques and his family moved to Toronto in 1961 where he assumed increasing responsibilities with Upjohn, and by 1968, he was named President of the Upjohn Co. of Canada. In 1971, Jacques was transferred to Paris, France as CEO of Laboratoires Upjohn. His skill and experience led to increasing global responsibilities, and a further transfer to Kalamazoo in 1979 as Group Vice-President for Upjohn International. Jacques retired from the Upjohn group of companies in 1984.
Returning to Montreal, Jacques joined Bio-Mega/Boehringer Ingelheim Research Inc. as President and General Manager until his retirement in 1995. Recognizing that age 67 was the new 57, Jacques started his third career at the Montreal Clinical Research Institute as a Senior Advisor to Management until 2013, and continued as Board member of the MCRI Foundation until 2018.
His long and illustrious career in the pharmaceutical industry spanned an amazing 69 years.
Jacques served as a member of several Boards including Notre-Dame Hospital, UQAM Foundation, Metro-Richelieu Inc., Axcan-Pharma Inc., PROCREA BioSciences Inc., and MCRI Foundation. He was president of Notre-Dame Hospital of Montreal Foundation, a member of the Jules & Paul-Emile Leger Foundation, and several other organizations.
Jacques was a devout Catholic and active parishioner at St. Joseph de Mont Royal Parish, where he proclaimed and served in several capacities. Jacques lived his life to the fullest. He shared his infectious enthusiasm with everyone. His positive “work hard, play hard” attitude was recognized by all and he strived to achieve “The Best” for himself and his family.
Jacques was predeceased by his wife Louise (Lapointe), sister Pauline Prevost and brother Colonel Jean “John” Gauthier. He is survived by his son Yves (Joan), daughters Danielle (Brian Quinn) and Christiane Gauthier (John Dore). He was the adored Grandpapa to Emily Gauthier, Marie-Claire Gauthier, and Christiane Gauthier (Brian Donnelly), Philip Quinn (Taylor Dean), Stephanie Oppel (Michael) and Alexandre Quinn, and Great Grandpapa to Cassius Quinn and Beau Oppel. He will be dearly missed by several nieces and nephews.

The family offers profound thanks to the entire 2nd floor staff at Place Kensington for their compassionate care. We would also like to acknowledge caregivers Maria, Lucille, Gaileen and Ruby for their unfailing care and devotion while Louise and Jacques lived at Residence Graham.

Donations may be made in their memory to: Montreal Clinical Research Institute, Jacques Gauthier Scholarship: https://www.imakeanonlinedonation.org/fondationircm/IM/. Or by cheque, addressed to: MCRI Foundation, 110, Pine Ave. West, Montreal, H2W1R7

A mass and memorial celebration will be held at a later date, when we can gather to celebrate both Jacques and Louise’s lives with love and gratitude.
Make a Donation
Help Extend the Memorial
Order a Keepsake Book