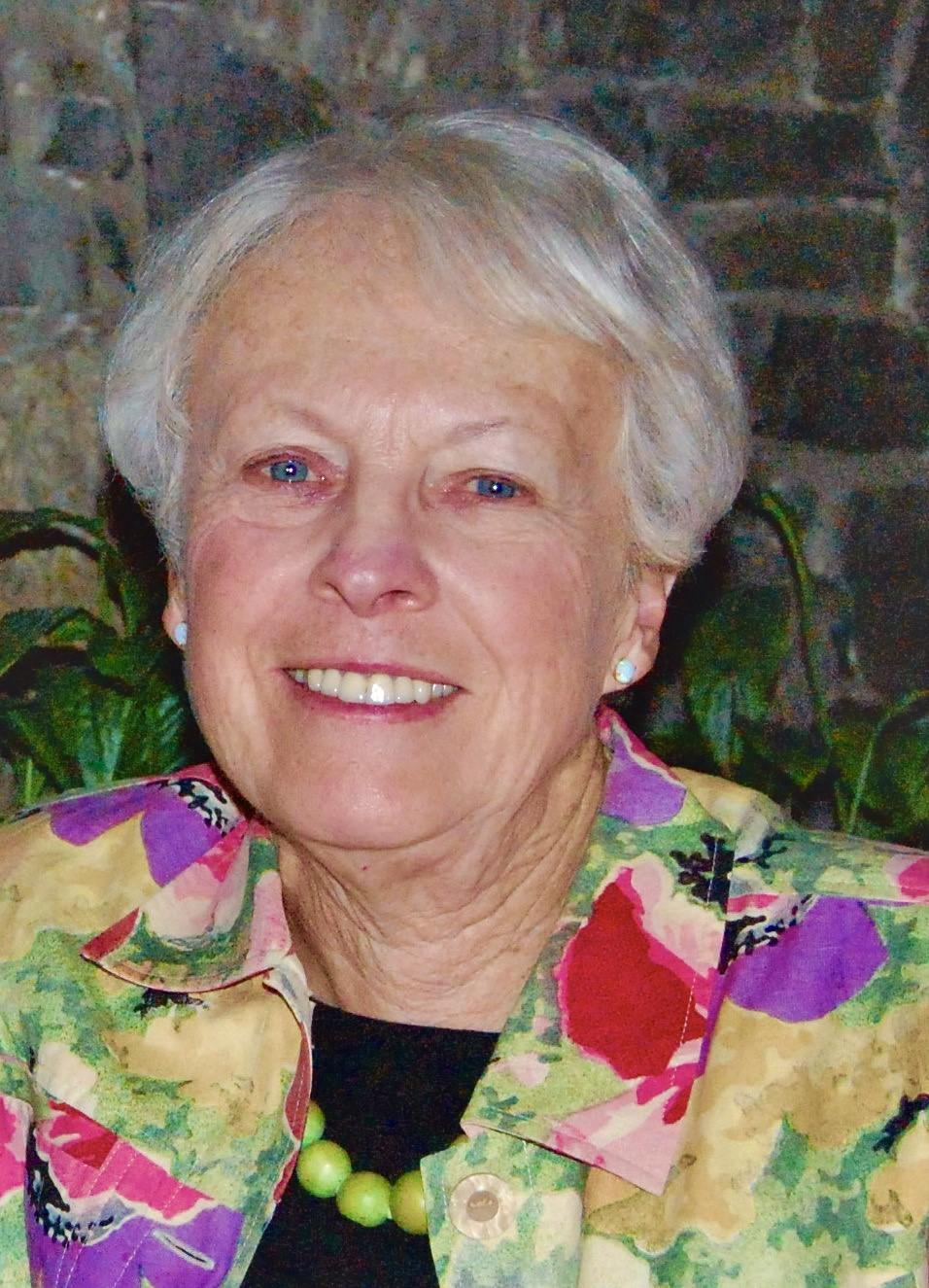 “No one ever had a bad word to say about her.”

Judy slipped away peacefully on the morning of Sunday, October 2nd at the age of eighty-five. Only 33 days earlier, she had been diagnosed with cancer. Even as the disease rapidly progressed, Judy’s grace and good humour never waned.

Born in St. Thomas, Ontario to Arthur and Helen Heal, Judy grew up in Toronto and Montreal. She made friends easily: several childhood fast friendships have endured until today. Even as a teenager, Judy was giving of herself for the benefit of others. At 15, her first summer job was at Camp Massawippi in Ayer’s Cliff, Quebec, caring for children with disabilities. It was there that she met a fellow counsellor-in-training named Philip who stole her heart and became the love of her life for the next 70 years.

Always supportive of her husband’s career, she embraced the opportunity to experience life in Montreal, Edmonton, Ottawa and Toronto, contributing to church and community at every stop. Judy and Phil would end up back in Montreal for good in 1979 where they continued to enjoy a rich and fulfilling life together.

A devoted volunteer, Judy was continually involved in charitable activities. She knit scarves for the homeless. She tutored new Canadians in English. She contributed countless hours to her church and to several community organizations such as the Montreal Diet Dispensary, helping pregnant women and their infants in precarious situations. For three decades, Judy faithfully supported the Montreal Children’s Library, cataloguing thousands of books and helping with fundraising campaigns of all kinds.

She loved being part of the Grandmothers to Grandmothers campaign – affectionately known as “the Grannies.” Launched by the Stephen Lewis Foundation, it supports grandmothers in Africa as they struggle to raise millions of children orphaned by Aids. From bake sales to art shows, Judy was there to cheerfully lend a hand.

A pillar of Mountainside United Church, she could always be counted on to contribute wherever it was needed, from singing in the choir to running the Sunday School, overseeing decorations in the sanctuary, and co-chairing the 100th Anniversary Committee in 2014. When the church vacated the building it had occupied since 1914, Judy worked with another volunteer to methodically and skillfully archive more than a century’s worth of documents.

Judy’s life was characterized by caring and contribution. A sick or injured neighbour was always grateful – but never surprised – to receive a homemade meal or an offer to run some errands. Friends in need could count on thoughtful emails, handwritten notes, get well cards, and phone calls of support.

Even her career choices were inspired by a desire to be in service to others. With a Bachelor of Arts degree from McGill University and a post-graduate teaching diploma from MacDonald College, she brought her characteristic patience and creativity to elementary school classrooms. She was a proud member of Delta Gamma Fraternity where she added many to her cadre of close friends. Later, after her children had grown, Judy would go back to school to earn a certification in Library Technology from Concordia University. For the next 20 years, she was a much-loved presence in the Junior Library at Montreal’s Lower Canada College.

Outside of Montreal, her favourite destination was Seminole, Florida, for the 20+ happy and activity-filled winters spent exercising both mind and body: long walks with her beloved Norfie, Brigadier, hosting the annual shuffleboard tournament, singing in the church choir, tutoring new Americans in ESL, setting up the community library in the recreation hall, and hosting countless dinner parties for friends new and old.

In quieter moments, Judy was an avid reader. On those nights when they weren’t entertaining, there were movies or favourite TV shows with Phil, while she knit or did needlepoint. Her varied musical tastes ranged from classical to gospel to marching bands. She devoured her daily crossword (without cheating!) and loved to spend time in the kitchen producing family favourites like Gramma Heal’s butter tarts.

Above everything else in her life, Judy was most devoted to her beloved husband and family. She was immensely proud of her children Derek (Donna) Johnston and Gillian Johnston, grandchildren Kyle (Maaike) Johnston, Coralyn (Jared) Chapman, Graeme Wykes, and Daniel Johnston, and great grandchildren Jasper, Arlo and Kinsley. Judy is remembered fondly by her brother Robert Heal, sisters-in-law Donna Gates, Carol (Robin) Nicole, and Barbara Heal, and a long list of adoring nieces, nephews and goddaughters.

A Celebration of Life will be held on Friday, October 28th, 2022 at 11:00 a.m. at the Mount Royal Cemetery and Funeral Complex, 1297 chemin de la Forêt, Outremont, Quebec. A reception will follow. The service will be livestreamed and the link will be available on the following web site closer to the date: www.mountroyalcem.com. In lieu of flowers, Judy’s family asks that you consider a donation to the Montreal Children's Library or the Montreal Diet Dispensary.