The portion of Jane Atkinson Smith memorial that you are trying to access requires an extension in order to become active again. Would you like to contribute to the memorial?s extension?

It is with profound sadness that we announce the passing of Jane Atkinson who died peacefully at her Westmount home in her 92nd year. A loving and incredible mother to Mark and Graham Smith (Kathy Holland) and much adored Granny to Michael, David, Carolyn, Philippe and Patrick along with niece and god daughter Ann Atkinson. Predeceased by her parents Hylda and Henry.

Born in the beautiful and picturesque English town of Dorking, Surrey, Jane lived an idyllic childhood riding her horse, playing her sports and enjoying the English country side. Jane’s father Henry was a successful entrepreneur who owned a milling and corn merchant business from the family homestead of Castle Mill. Jane’s mother Hylda built a four star hotel/restaurant on the family homestead, while also running a poodle breeding business.

In 1940 with World War II escalating, Jane was evacuated to Canada with her sister and was accepted to Hatfield Hall in Cobourg, Ontario. She soon became great friends with Dagmar Hertzberg, whose father was the Commandant at Kingston’s Royal Military College. The “Hertz" family took great care of Jane during four very formative years in Canada where she excelled at both academics and sports.

She returned to England in 1944 and married John Sharman Smith in 1951.They moved to Canada in 1957 and settled in Dorval, Quebec, where Jane raised her two sons. An avid and accomplished sportswoman, Jane excelled at sailing and won the qualifying regatta in 1964 at the Royal St. Lawrence Yacht Club (her home sailing club) to represent Canada at the World Championships in San Remo, Italy.

Jane enjoyed a long and fulfilling career in a number of administrative roles at McGill University's MacDonald campus and then later in life was an active participant in McGill's Community for Lifelong Learning.

The arrival of her three grandchildren within the span of three years in the mid 90’s ‘tickled her pink’ and she immediately took an active part in their lives. In giving the family her wisdom, she would frequently preface her advice with “I’ll have you know”. The values that she instilled in them has been one of the primary contributors to the successes that they have achieved to this point in their early lives. She recently proudly told one of her close friends that they all are “humble, honest, hardworking, inspired and caring individuals who will most certainly contribute to making the world a better place”.

Jane lived life to the fullest until her last breath. For over fifty years she was very actively involved with the Unitarian Church which reflected her values of love, care, concern and social justice. She was a very active Birder, travelling the world to watch and record the world’s various species of birds. She also passionately loved lawn bowling at the Westmount Lawn Bowling and Croquet Club.

As a condolence note from Professor and Dr. Louis Touyz, (past President of the Club) said, “Jane was an articulate, cultured, refined and talented lady and was an inspiration for all those who she knew. Jane had a heart of gold and was a treasure chest of amusing anecdotes. Jane fully comprehended what benefits and joy evolved from her passion for lawn bowling and combined with her commitment, discipline, education and application, she always accepted Club duties and volunteered with enthusiasm and played in every competition she could. Jane agreed that we can’t all be clever but we all can be kind.” Thank you to all of the WLB&C members who embraced and loved Jane.

Her other activities and charitable endeavours are too long to list, but her work at NOVA (St. Anne de Bellevue), the Westmount Library and her role as a Trustee of the Mount Royal Cemetery gave her much personal satisfaction. When asked what is the key to life, Jane would say “life is not fair so keep your head up, chin down, get over it and move ahead with a smile on your face and NEVER EVER GIVE UP”.

Thank you to everyone who was actively engaged in Jane’s life, especially the remarkable and kind doctors who took such great care of Jane over the years from the Jewish General Hospital and the Montreal Heart Institute.

While the sun may have finally set on Jane’s life, she will forever shine onwards in the hearts of those who loved her kindness as she was one of the most inspirational and positive women one could hope to know. Her radiant smile, devotion to her family and her passionate belief in helping others every day will have a lasting impact on everyone whose lives she touched.

Due to Pandemic restrictions a private funeral will be held and when conditions permit, a Celebration of Life will be scheduled. In lieu of flowers and In remembrance of Jane’s life, the family requests that donations in her memory be made to Jane’s newly established Foundation which will support her cherished charities. It's details are The Jane Atkinson Foundation, JCF Montreal, 1 Cummings Square, Suite 510, Montreal, Quebec J3W 1M6 or you may call 514-734-1592. Expressions of sympathy may be forwarded to the family at https://mountroyalcem.permavita.com/site/JaneAtkinsonSmith.html?s=50 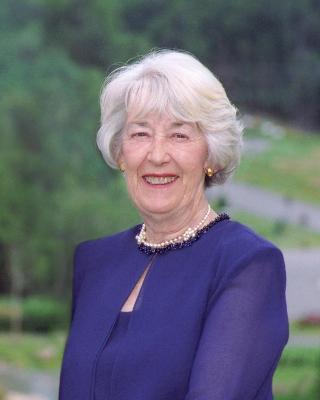