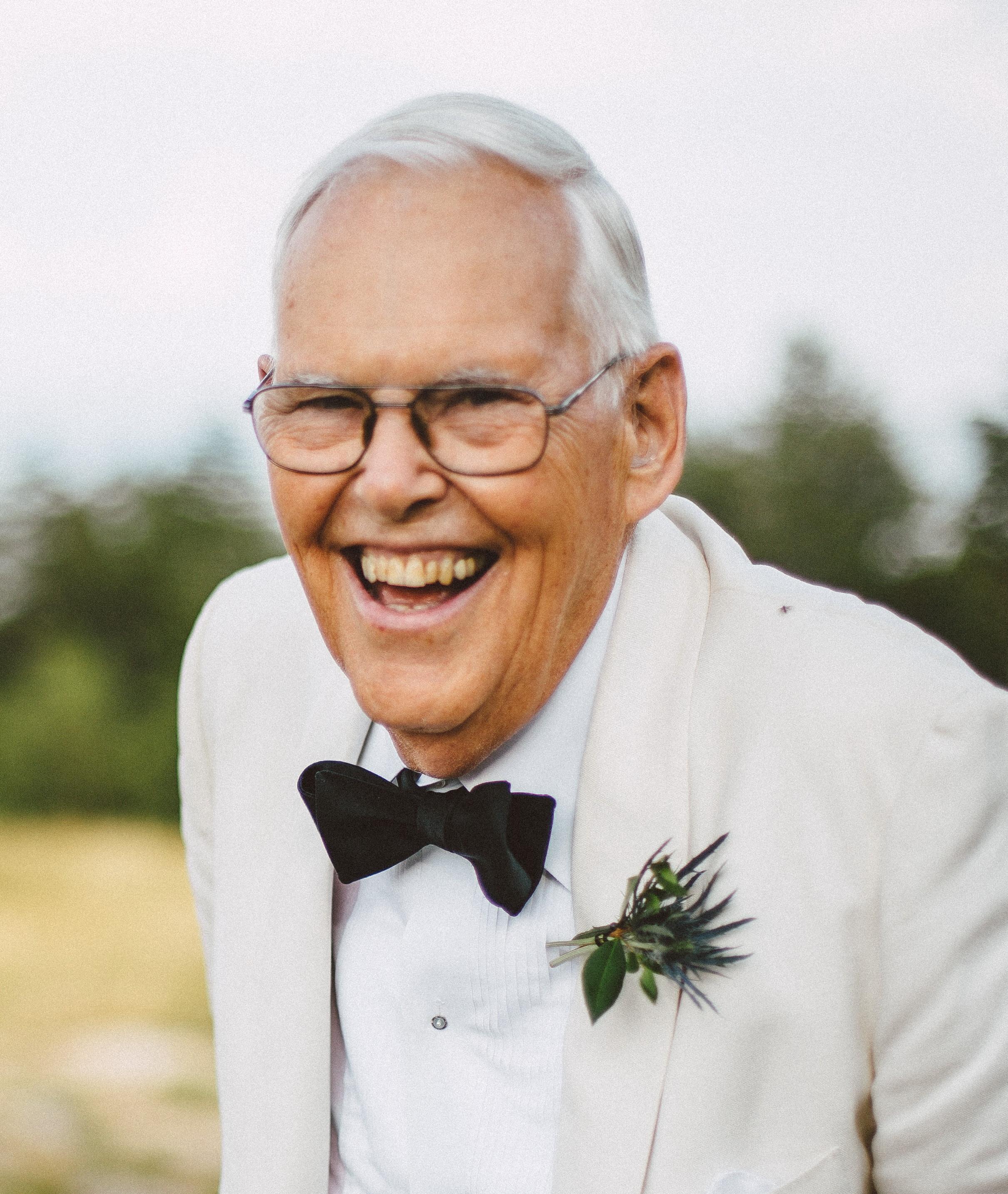 Jim died on March 21st, surrounded by his loving wife, Joan Miller, and his devoted daughters, Trish (Sven) and Daryl (Stephen). Jim was predeceased by his cherished wife of 55 years, Elizabeth (Kiki, 1934-2014) and his beloved daughter Loretta (1963-1991).

Highlights of Jim’s life were his 4 years at the Royal Military College, his 37-year career at (Canada Cement) Lafarge, as well as his 20 year involvement with L’Arche. Jim and the family spent a formative two years in Paris, which instilled in Jim a passion for le vin, le fromage et la France. In addition, Jim was extremely grateful for the 6+ years he had with Joan, and the love they shared.

Jim was predeceased by his brother Ted (Dinah); and is survived by his sister Mufty Mathewson (Bill), his grandchildren Jack Cowie (Melissa), Megan Prince (Nick), and Christopher Cowie (Gaby), as well as his great-grands Mariah and Bennett. He will be greatly missed by his nephews and nieces: Bruce, Wendy, Rob, Doug; Julie, Tony; Lisa, Chip and Bill. In addition, Jim was very attached and grateful to his four Miller step-sons: John (Joy), Brian, Donald (Susan), Philip (Gerry).

As an adult, over 70 years, Jim developed from being the ideal RMC cadet into a softer, gentler being. Many have been touched by his caring and attentiveness, while also remarking on his extraordinary skills in organization and decision-making. He was a role-model for many. Jim’s devotion to community service saw him on over a dozen boards, from the mid-60s right up to 2022.

Faced with dual terminal conditions -- stage-4 cancer and an unresolved infection -- Jim chose to leave on his own terms, as optimistic and determined as ever. Jim received 5 weeks of excellent care at the Ottawa General, for which we are all very grateful.

Visitation will be held at the Mount Royal funeral complex, 1297 chemin de la Foret, Outremont QC H2V 2P9, on Thursday, March 31, from 2pm to 5pm and 7pm to 9pm. Funeral service will be on Friday, April 1 at 12pm. Condolences at 11am. Link for livestream service: https://funeraweb.tv/diffusions/50328

In lieu of flowers, please consider an In Memoriam donation to the L’Arche Community in Montreal: www.jedonneenligne.org/larche-montreal/ or a dedicated donation to the St Vincent de Paul (Kingston) building project, which Jim was instrumental in launching: www.svdpkingston.com/capital-campaign.