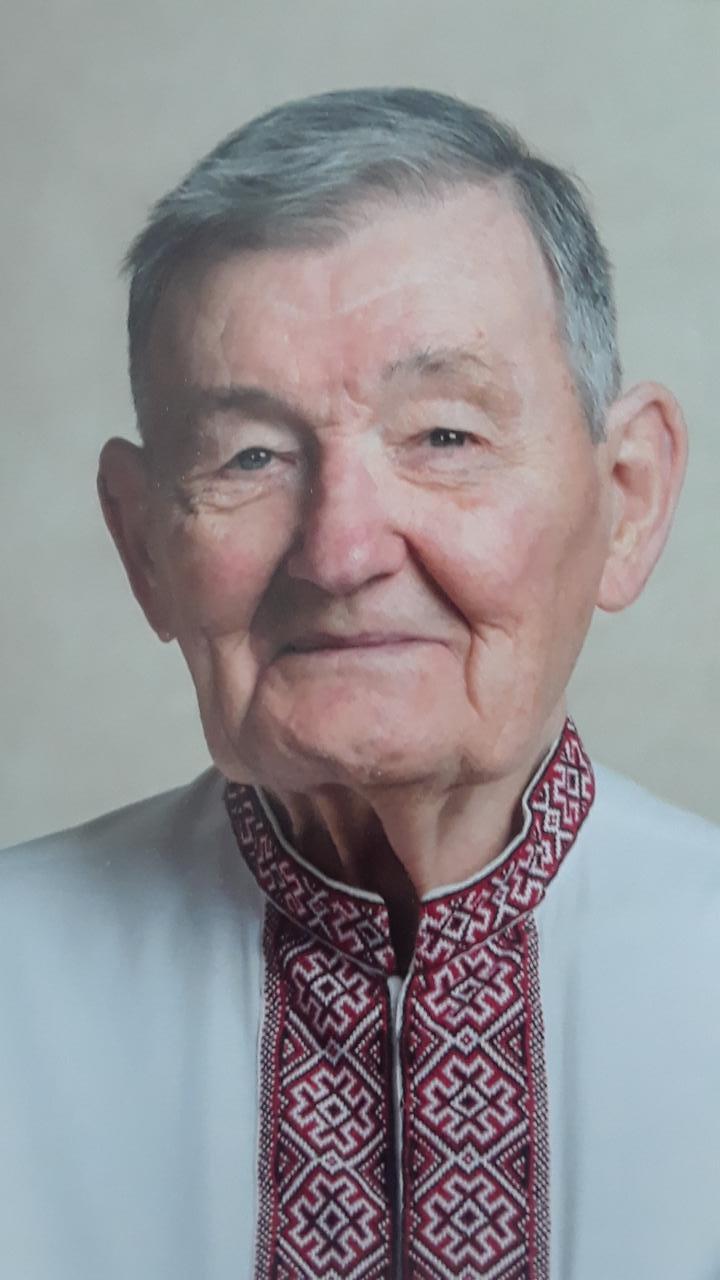 Just 5 days after his 90th birthday, Eugene Stephen Pidwysocky (Jim) reposed in the Lord on September 23, 2020 leaving to mourn Jennie (Gerych), his wife of 65 years, his son Stephen (Dawne) of Fredericton N.B. and his daughter Maryann (Roman) of Coquitlam B.C, and his older sister Mary Sauvey of Montreal. Jim was predeceased by his parents Stefan and Anna Pidwysocky, his older sister Leontina (Paul) Yavorsky and his younger brother Ray Stevens. He was also predeceased by his in-laws, John and Anastasia Gerych.

Other members of his family left in mourning are his sister-in-law Irena Gerych, his nieces Donna (Andrij Ronish), Darene (Dan Holm), Roma Stevens and Joanne Slaney, and his nephews Greg Yavorsky, Robert Sauvey (Shawn Watson), Adrian Stevens and great nephews Yarema Ronish (Heather), Kris Yavorsky and great nieces, Emily Yavorsky and Chloe Gemayal. He will also be missed by the many people he befriended in the course of his active life.

One of Jim’s most endearing and outstanding characteristics was his fierce loyalty. His only true love Jennie can attest to this. For 65 years, they faced the trials and tribulations, celebrations and joys that life brought them. There were bumps in the road, there always are, but Jim and Jennie’s commitment to one another, and to their children and family, meant they were able to weather anything that came their way.

For Jim, his family came before anything else. Stephen fondly remembers the weekends when he, Jennie and Maryanne would hop in the packed car on Friday afternoon and drive to Canadian Marconi, where Jim was employed for 42 years, until he retired in 1995. They would collect Jim and then drive to northern Vermont for a weekend of camping in the great outdoors. Their destination was a little spot called Hazen’s Notch a secret haven hidden between two mountains. First in the tent, and then eventually the trailer, they would wile away the summer weekends swimming, reading, sitting around the campfire and being together. Jennie and Jim would also spend some their time out and about indulging in one of their favourite shared pastimes, perusing auctions and flea markets, filling their home with the many treasures they uncovered.

Maryanne remembers her father as a natty dresser, and she enjoyed being out and about with her handsome father. He was always well-turned out and this continued until his passing. Only when he was gardening, one of his favorite pastimes, did he forego fashion for practicality. He spent hours tending to his vegetable garden, flower gardens and his lawn. Stephen remembers his father’s meticulous attention to his lawn, when Jim would spend his afternoons on his hands and knees pulling out weeds by hand. If Jim was going to invest his time and energy into something, he was going to do it well- most of the time. Rumour has it of an incident involving a chimney repair that maybe did not go as planned.

Jim was a very spiritual man and his devotion to St. Sophie Ukrainian Orthodox Cathedral was a testament to this. He gave freely of his time and energies to his church, performing with the church choir every Sunday, filling the church with glorious song. He filled many administrative roles in the church, including treasurer of the Parish Council.

Anyone who knew Jim knew how much he loved sports, a passion that was shared with Maryann. They loved playing catch in the backyard, and with every throw, Jim passed on his sports passion to his daughter. As a young man, he played water polo and baseball at the Highschool of Montreal. Maryanne and Stephen both remember that Saturday nights were often given over to Hockey Night in Canada as Jim supported his beloved Les Canadiens as well as the Montreal Expos. He would eagerly talk about them at every opportunity. Jim’s family fondly remember him poring over the sports section of the Montreal Gazette as he kept abreast of events in the world of sports.

Jim was also a man of diverse interests. He loved foraging for mushrooms and picking blueberries. He made his own wine and sausages. He and Jennie loved to travel, and were able to see many wonderful places together, including Portugal, Spain, England and France. They enjoyed several cruises together with their dear friends. They also made many trips to the west and east coasts of Canada to spend time with their children and their children’s families. Jim was also an avid woodworker in his younger years and Maryann and Stephen are both blessed to have Jim’s creations in their homes. Stephen works every day at a desk fashioned by his father’s hands.

Jim’s was a life well and thoroughly lived. His passing will leave an irrevocable hole in the lives of those who loved him. At the same time, we must take solace in the knowledge that Jim is no longer plagued by the dementia and Parkinson’s that overtook his body and mind in his final years. He was a loving, caring man who was devoted to his beloved Jennie, and theirs was a love that will last eternally.

Due to pandemic restrictions, the ceremony will be held in private. However, you can attend the funeral live or replay, available Tuesday, September 29th, 2020, at 11 a.m. via the following link: https://funeraweb.tv/fr/diffusions/17995

In lieu of flowers, you may make a donation to St. Sophie Ukrainian Orthodox Cathedral or to a charity of your choice.