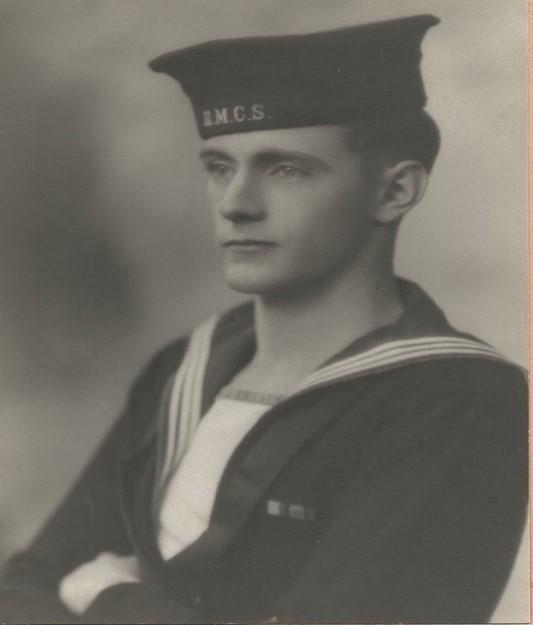 With great sadness we announce the death of Henry Stephen (Steve) Monahan, aged 97, at St. Anne’s (Veterans) Hospital. Predeceased by his beloved wife of 62 years, Betty. He will be sadly missed by his four children, Joan (David), Margaret (Aaron), Tom (Sandra), and Barbara (Charles), and his ten grandchildren, Neil, Rebecca, Sarah, Katie, Amanda, Joey, Adam, Zachary, Yannick and Emma, as well as his three great-grandchildren, Brian, James, and Tommy, and his many nieces and nephews and extended family. Survived by his sisters Barbara and Mary and predeceased by his sister Dorelle and brother John. Steve was a WWII Navy veteran, having served on the HMCS Ste. Therese in the North Atlantic. After completing his service, he graduated from the University of Toronto as a Chemical Engineer in 1948, then moved from his home in Toronto to Arvida to start a 38 year career with Alcan. It was in Arvida that he met Betty and raised his family, teaching them his love for the outdoors and his passion for social causes. In 1972 he was transferred to Montreal to work at head office, and the family adventure continued in the Eastern Townships, where he poured his heart into his chalet: surveying the land, monitoring the pH levels of the well, and waging a constant battle against the deer that nibbled away at his garden. Each winter, he delighted his grandchildren and horrified his wife by cutting down a Christmas tree that was at least two feet too tall for the living room. Thanks to him, generations of Monahan kids are handy with a bow saw. After retirement, he channelled his intellect into studying history, earning a BA from McGill and an MA from UQAM. With his boundless energy, he skied with Twinski Club, camped in California, travelled to Ireland, and volunteered with the Yellow Door well into his 80s. He nursed Betty through her terminal illness, and was bereft after her death in 2013. In his final years his great joys were his grandchildren, his chalet, and, in his last summer, the birds in the garden at St. Anne’s. Steve was devoted to his large extended family: visiting, phoning, facetiming. Although his family was spread across the world, he made sure everyone knew that they were loved and important to him. He leaves a huge void in many hearts. The family expresses its gratitude to the St. Anne’s Hospital staff (12th floor) and caretaker Cynthia for their loving care over the past years. A memorial to celebrate Steve’s life will be held at 11 am on Saturday March 21st, 2020, at the Mount Royal Funeral Complex, 1297 Chemin de la Forêt, Outremont, H2V 2P9, 514-279-6540, www.mountroyalcem.com. Please consider donations to the CNIB Foundation (Canadian National Institute for the Blind www.cnib.ca) or, in honour of his wife Betty, the Alzheimer Society of Montreal (www.alzheimermontreal.ca ).