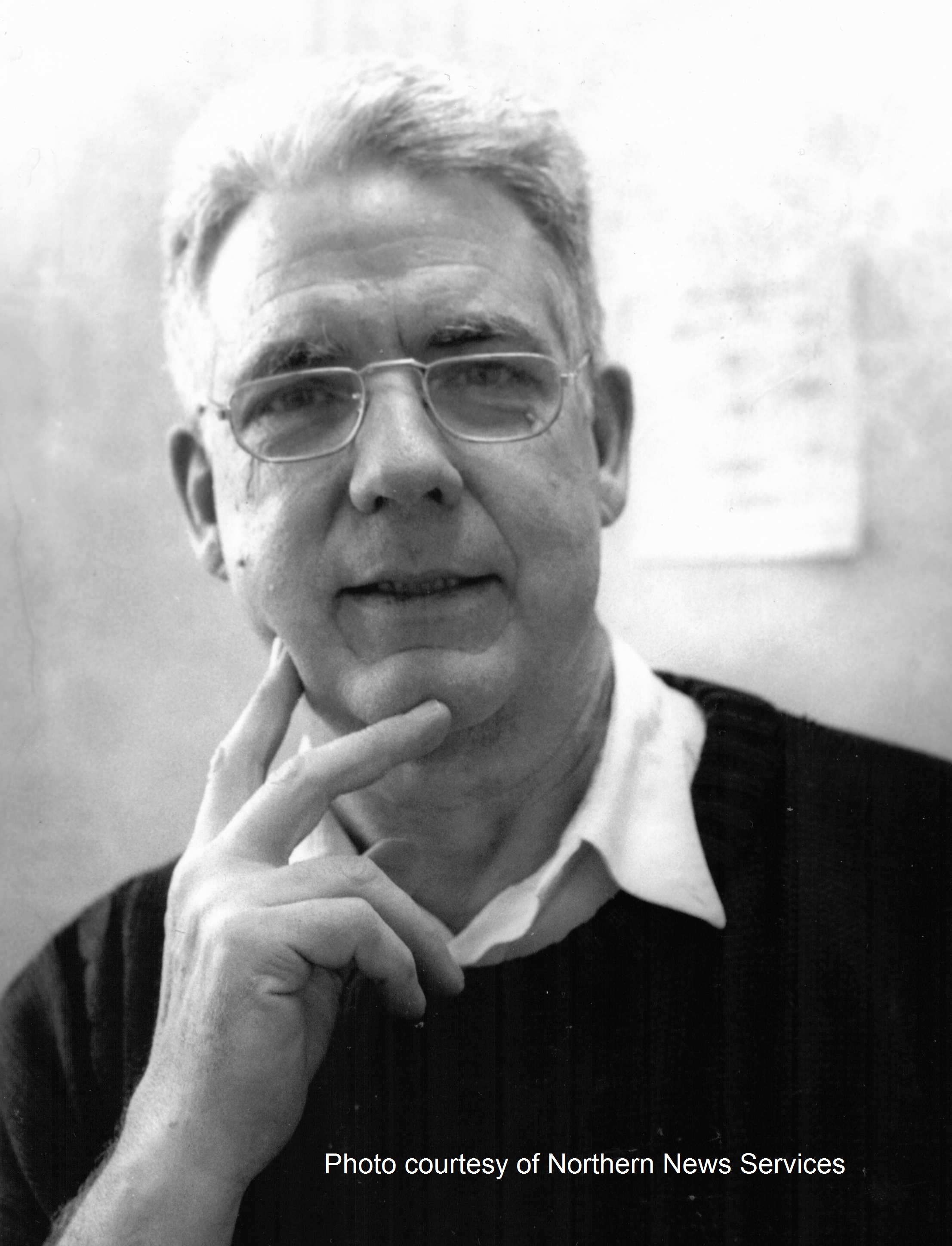 Educator, Numismatist and Chronicler of Nature dies at 89

Dr. Harold Don Allen, who taught generations of math students and future teachers, instilled a sense of wonder in bright young people about the beauty of numbers and cryptograms, brought a story-teller’s passion to the curation of numismatic history from banknotes to milk tokens, and loved nature and the lore and the lure of the Canadian North, passed away quietly on July 11, 2020 in Brossard, Quebec, family at his side.

In his 1952 McGill University yearbook, Don Allen wrote “The secret of success is constancy of purpose”, presaging a lifelong commitment to teaching and inspiring others – in the classroom and through his carefully-researched, internationally-acclaimed writing.


BEGINNINGS
Allen was born July 2, 1931 in Montreal to Eva Margaret (née Reid) and Harold Don Allen Sr. and grew up an only child in a grey granite townhouse on Milton Street at the city’s East-West divide.

His father proudly told him stories of his great-grandfather, Joseph J.P. Allen, who came to Canada from Chipping Norton in Oxfordshire in 1861, eventually sold his military commission and became the sixth mayor of Verdun, today a borough of Montreal where the eponymous Allen Avenue can be found.

Allen spent his childhood summers in the Laurentians at a remote, lake-side cottage in Sainte-Anne-des-Lacs that his salesman father acquired in 1923 (and rebuilt after it was struck by lightning), arriving in a Model-T Ford driven backwards up the steep, gravelly roads.

Those early days in “the country” awoke in Allen a lasting love of nature that would manifest itself in long walks on abandoned logging roads, across stone-fence-rimmed, overgrown farm fields and along forest-lined rail tracks. He would almost invariably be accompanied by one or more of his children, eager to scramble across glacially carved rockfaces, pick wild Laurentian berries or secure a colourful ice cream at the agricultural Co-op on the outskirts of town. He shared with them his fascination for wild flowers such as delicate Queen Anne’s lace, rare forest orchids, bergamot and ghostly, chlorophyll-free Indian pipe. Allen wrote about nature in his column “Laurentian Trails” for the Morin Heights community.

He produced a series of Walkpost labels to affix to outbound letters, attesting to having walked them many hours from the cottage to the remote post office that postmarked the stamp. In his ever-present hardbound logbooks, he would record the time of every segment of each walk, the score of every late afternoon dart game, the exactly 8 o’clock morning temperatures on the cottage gallery and the daily-count of the sometimes-hundreds of orange lilies in the summer garden. Everything that he considered worth measuring, was.

A child of nature, Allen became a lifelong, strict vegetarian in his teens, an unusual choice in the post-war era. That said, a corresponding love of his wife Fran’s magnificently moist chocolate brownies allowed him to turn a blind eye to the discreet use of a couple of eggs.


EDUCATION
After graduating from the High School of Montreal (as Dux of the school, recipient of the school's highest academic award), where he would later return as a math teacher, Allen entered McGill University in 1949, completing his BSc in Mathematics and Physics with Distinction in 1952 and high school teaching certificate a year later. An award-winning young journalist, he wrote extensively for the McGill Daily, had a weekly science and math column for children in Verdun's The Messenger “How and Why by Uncle Don" which ran to over 200 issues, and developed skills in radio broadcasting that would serve him throughout his career.

Allen was awarded Masters degrees from Santa Clara University in 1966 and Rutgers University in 1968, having pursued both with “constancy of purpose” during the summer holidays over the previous decade.

His doctorate in mathematics education, a source of enormous pride for him throughout his life, was conferred on him by Rutgers in 1977.


FAMILY
Don Allen met Frances Mary Marven, a vivacious Arts undergraduate, in 1953. They married in June 1955 at the McGill Chapel in Divinity Hall. Over the course of 16 years, they had four children, Nigel, Laura (Ashton), Elizabeth (Seamone) and Rosalie (Jarvis) – and were subsequently presented with four delightful grandchildren, Andrew, Olivia, Amelia and Philippa – and enjoyed the friskiness of numerous resident cats.

Deep friendships in the Laurentians were nurtured with the Laroche family and the Catholic brothers and sisters of the neighbouring Camp de l’Avenir. A beautiful and memorable party took place in 2003 for Don and Fran’s 50th wedding anniversary hosted at the Camp. It assembled their children and their families and members of the extended Laroche and Paquin families and members of the Camp de l’Avenir community, many of whom had known four generations of Allens.

In pursuit of activities relating to family, education and numismatics, Allen travelled extensively and simply and always with a camera filled with 35mm slide film. Never having learned to drive a car, he travelled by bus and train, visiting his children as they moved away from home, across Canada and to Europe, the Middle East and Asia. He proudly claimed to have visited all 48 contiguous American states plus Hawaii, often to attend, organise and address numismatic, mathematics and educational conventions.


CAREER
Allen taught professionally for 51 years. His early roles as classroom teacher with the Protestant School Board of Greater Montreal, including Woodland School and Northmount High School, were a springboard for his ambitions and he moved the family to the remote Quebec communities of Chibougamau and Arvida where he assumed leadership roles as Supervising Principal and Curriculum Advisor. Allen taught at the Nova Scotia Teachers College in Truro, Nova Scotia from 1969 to 1987, specialised in the instruction of mathematics education.

When the metric system was being introduced in Canada during the early 1970s, Allen co-authored a series of related textbooks and used his background in broadcasting for public education of the merits of the metric system. Fran and their children had little choice but to adopt the new system when Fahrenheit and yardsticks in their home were promptly and permanently replaced with Celsius and metre sticks.

Allen was also a passionate advocate for the education of gifted children. He developed a distinctive style of mathematics enrichment in Montreal classes and after-school clubs from 1958 and embedded this in Nova Scotia teacher education from 1969.

Most significantly, he was instrumental to the success of the math program at McGill’s Summer School for the Gifted in the 1980s and Ottawa’s Bright Math Camps in the 1990s. In doing so, he inspired another generation, including his own children, with the magic of patterns and number theory.

Allen found comfort in numbers and puzzles and mischievously alluded to prime and irrational numbers in the most everyday of contexts. He enjoyed the challenge of solving cryptograms and the art of creating his own and was a great contributor to the American Cryptogram Association’s The Cryptogram. Under his nom de plume, APEX DX, he befuddled many a solver! He was fond of encrypting family birthday cards that would take the celebrant days to decode. His love of sharing his math knowledge extended to his editorship of the American Mu Alpha Theta Mathematical Log during the 1980s. Despite or because of his love of numbers, he ardently refused to use a computer, even when he took a continuing education course at Concordia on chaos theory (fun fact: he scored 100%).

Upon deciding to move on from the Nova Scotia Teachers College, Don, Fran and the last of the Allen children still at home moved to Montreal, where he taught as the Head of Math at Montreal’s St.George’s School from 1987 to 1993 and was an adjunct professor at McGill from 1987 to 2006. After a year in Verdun, they settled in Brossard, on Montreal’s south shore.


CANADIAN NORTH
Allen had always dreamed of teaching in far flung places, from West Africa to Western Australia, and his call of the wild was answered when he and Frances accepted a four-year assignment with the Nunavut Teacher Education Program of Arctic College in Iqaluit and later in Coral Harbour on Southampton Island in the years leading to the creation of Nunavut territory.

Allen loved the Canadian North and the people who lived there. He deeply appreciated their closeness to nature and the hard work and constancy of purpose required to live in balance with it.

In the 1970s, Allen had visited Whitehorse and Dawson City, meeting larger-than-life locals with stories to tell about gravel roads, gold mines and ghost towns. The turn-of-the-century poems of the Great North adventurer Robert Service, written wittily about life in the harsh mining north, were among his favourites and he could recite many by heart.

During the four years that he and Fran lived in Iqaluit and Coral Harbour, from 1993 to 1997, Allen visited nearly all of communities in what would become Nunavut, including Repulse Bay, Clyde River, Taloyoak, Lake Harbour (Kimmirut), Cape Dorset, Rankin Inlet and Arctic Bay, primarily for student teacher evaluation as part of Arctic College’s program. He flew, when weather allowed it, as a passenger in small aircraft packed with provisions and mail for these remote but welcoming hamlets. He also joined Arctic College science field work expeditions to Penney Ice Cap, Barnes Ice Cap and Coats Island bird colony.


NUMISMATICS
Allen acquired an early numismatic fascination with world paper money, began writing published articles in the late 1950s and was an active member of numismatic and philatelic society in Canada, the U.S. and abroad for more than 70 years. He was well ahead of his time in talking about new collecting areas, such as Canadian milk tokens, rationing and other “Cinderella” stamps and means of exchange, including his widely-cited 2006 article in The Numismatist about the origins of Canadian Tire scrip “money”.

Additionally, Allen was an innovator in bringing the hobby to a wider audience though the use of television and radio. He and the Truro Coin Club (today known as the Central Nova Scotia Coin Club) had a regular TV program on Eastern Cablevision that was broadcast throughout central Nova Scotia. This initiative was recognised by the American Numismatic Association in the 1970 National Coin Week competition, and reported by the New York Times, with Allen’s entry being the only award granted that year outside the United States.

In 2001, Allen wrote the authorised biography of a renowned Canadian numismatist, Jim Charlton. J.E. Charlton: Coinman to Canadians was prepared from personal correspondence and conversations between the author and "Mr. Coin".


ENDINGS
Don and Frances Allen were married for nearly 63 years. Fran passed on in April 2018 and nothing was ever quite the same afterwards.

When Don Allen died peacefully on the evening of an unusually fierce summer storm, his children found consolation and no coincidence that their father had chosen to see his prime-number 89th birthday and await a prime-number day in a prime-number month to pass away.

Dr. H. Don Allen was laid to rest in his crimson doctoral robes at a private ceremony at Mount Royal Cemetery at the Allen family monument. He is survived by his four children and their families, who express their gratitude for the loving care and constancy of purpose of Carmelle Pierre and the nursing team at Centre d’Accueil Marcelle-Ferron in Brossard.