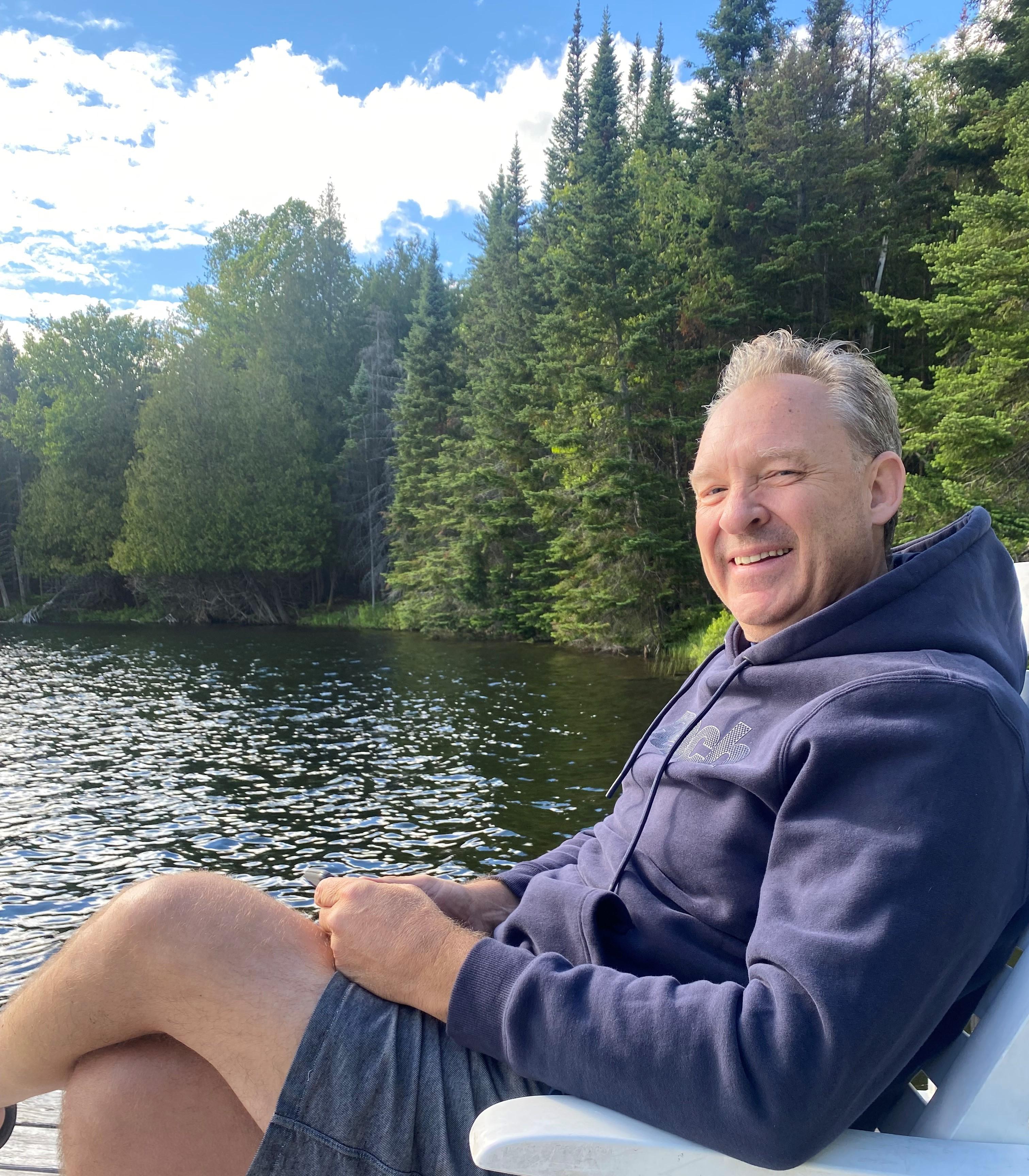 It is with a heavy heart that we announce the sudden passing of Gregory (Greg) Charles Harold Miller. He passed in his sleep in the early morning of July 21 at the cottage in Harrington, QC.
He is survived by his partner Debbie Price, his parents John and Betty Miller, his daughter Caitlin Miller, his brother Robert Miller, his special uncles David Simpkins (Katherine Meilleur) and Harold Simpkins, his nephew and nieces, several close friends he considered brothers, Ross Hunt (Lorraine), Stan Gill (Luba), David Whittaker, Mike McGuire, John Goraieb (Anita) as well as countless friends and colleagues.

The family will receive condolences from 6 to 8 pm on Friday August 12 and 3 to 4 pm on Saturday, August 13, 2022 at the Mount Royal Funeral Complex, 1297 chemin de la Foret, Outremont, QC. A funeral service will be held at 4 pm on Saturday, August 13, 2022 at the chapel of the Mount Royal Funeral Complex, immediately followed by a reception in honor of Greg from 5 to 7 PM.
Donations in Greg’s memory can be made to Mount Royal United Church, 1800 Graham Blvd, Town of Mount Royal, QC, H3R 1G9.