The portion of Ginette Embregts (née Côté) memorial that you are trying to access requires an extension in order to become active again. Would you like to contribute to the memorial?s extension? 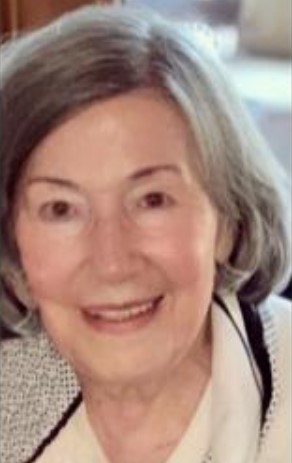 Passed away peacefully, in Montreal, on January 10th, 2022, at the age of 93, widow of Paul Arthur Embregts.

She is survived by her two daughters Josée (Fred Ungaretta) and Paule (Pierre Gérin-Roze), her grandchildren Marcella, Renée, Dylan, Valérie and Gabrielle, her great-grandchildren Anthony, Gianna, Rocco, Margot, John Jr. and Maeve, her brothers Jacques and Pierre and her sister Micheline as well as other relatives and friends.

The family would like to warmly thank the Outremont Residence, Madame Vincelli and all the staff, for the good care provided.

Funeral will be held on Saturday, June 25, 4PM at the Mount Royal funeral complex, 1297 chemin de la Foret, Outremont QC H2V 2P9. Family will receive condolences at 3PM.
Your expressions of sympathy can be shown by donating to the foundation of the Montreal Geriatric Institute https://www.figm.ca/.

I don't know how to start this message, really. Grandma is gone but she can never be gone. There are traces of her everywhere. You can't tell a ridiculous joke without thinking of her. Whenever someone trips or jams their finger and I can't help but laugh, helpless to do otherwise and embarrassed by myself, she's going to be right there. Whenever we talk about a to-die-for French Canadian recipe we've had to imagine one or more ingredients of because she didn't share some secrets (the sweetest ones) with anyone, Ginette will be there, le sourire moitié caché.
If I ever make pizza for my daughter and she actually compliments my work, I'll tell her that when I was nine I was convinced that grandma's homemade pizza was better than any other kind on Earth--yes, even New York pizza! It was.
Of course I know that the memory of someone is not the same thing as that person. The autonomous, Ginette's own, experience of this lifetime is really gone. She's not physically there to watch Anderson Cooper; she's not physically there to revel in the astrological miracles (!!!) of her children and grandchildren, she's not physically there to do any of what she loved to do. And I so wish I could have shared more of those activities with her over these last two years. I hope, on a different level, she's able to still do all of this and more.
I'm reminding myself to let go, let go, let go of the bitterness of not having spent more time with her these past couple years. I know there was a pandemic. I know anyone with family abroad feels the particular pain of losing someone you weren't allowed to touch, to hug, to love on your usual terms in the first place. Anyone with a loved one in a nursing home over the past two years, for that matter. I'm mad at myself for not making more of an effort, at the world for not getting its act together, but at the end of the day...where do you lay the blame for the reality of how precious, how utterly precious, life is? I haven't mastered the balancing act between living without being hyper-vigilant and truly enjoying every moment knowing it could be the last one with someone you love.
But I can be grateful for what I remember: trips to the dollar store; being welcomed into "her casbah;" hearing silly jokes and learning to tell her new ones; "King Burger"; the sweet smell of gasoline in the subterranean Montréal garage of grandma's old apartment; days of just us (even to see Lord of the Rings, which she hated, for a third time); the wholesale encouragement of French into our relationship even if I was awkward and made mistakes and could often barely communicate; outings with Tante Louise; our weekly calls early on in college; her toffee and sucre à la crème; her stubborn positivity; her constant desire to share what made her laugh and impressed her; the way she would futz with things with the tips of her fingers when she spoke; the balloons men would send her because LOOK at her!; the goodbyes and never wanting to say goodbye. Never enjoying that. Always holding onto the last minute. And the joy of being connected to all my cousins, sisters, my aunt and uncle, my Mom, my Dad, in our collective memories of the holidays and regular days we spent in the privilege of her company. Being in Ginette's company, no matter the circumstances, always felt like a privilege. I don't know how we got so lucky, but I'm happy we were. We get to carry grandma with us.
There was a lyric in a song that always made me think of her. The song certainly was not about grandmothers and grandsons but it dealt with Québec, and being far away from the ones you love, and everything you want to know about them and how they're living, and everything you wish you could share. It is a reminder of how I want to treat the people in my life who are still physically with us, because I'm learning that the stage of death is rarely ever reached in a way that is convenient for those who mourn. So you've got to milk the time you've got with the people you love. Even if time and age and a lack of shared activities get in the way of the depth of conversation you hope against hope to have, which is a reality I have the hardest time accepting.
The lyrics that always made me think of Grandma went:
"Si tu savais comment on s'ennuie
à la Manic,
Tu m'écrirais bien plus souvent
à la Manicouagan.
Si t'as pas grand chose à me dire,
Écris cent fois les mots je t'aime,
Ça fera le plus beau des poèmes.
Je le lirai cent fois;
Cent fois, cent fois c'est pas beaucoup
Pour ceux qui s'aiment."
(If you knew how bored we were in la Manic, you'd write me so much more often. If you don't have anything much to tell me, write "I love you" a hundred times, it'll make the most beautiful of poems. I'll read it a hundred times. A hundred times, a hundred times isn't a lot for those who love each other.")
It's not a lot, not by a long shot. Je t'aime cent mille fois, au bout, à la folie comme une puce a l'agonie, je m'ennuie de toi.
Je sais que tu ne nous as pas quittés...t'es juste rentrée "en dedans." À tantôt, grand-maman. 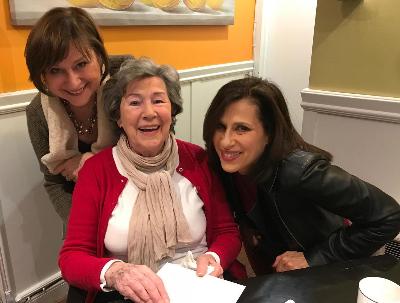 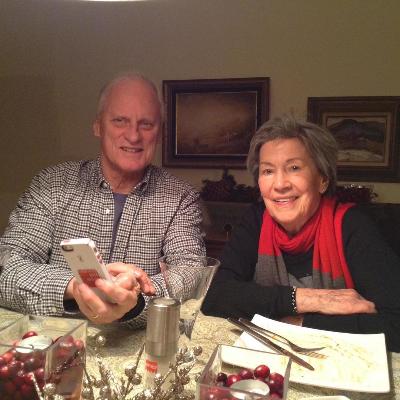 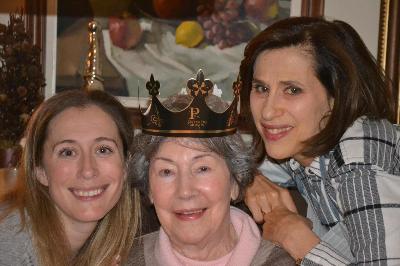 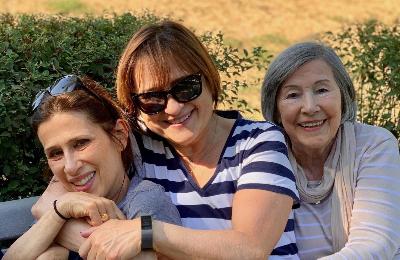 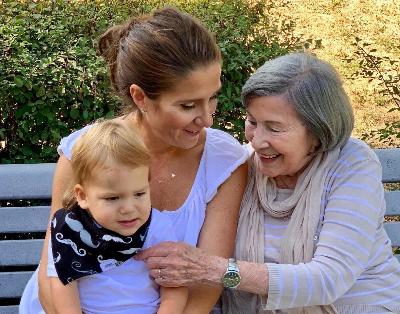