The portion of George Marshall Wansbrough memorial that you are trying to access requires an extension in order to become active again. Would you like to contribute to the memorial?s extension?

Always with a smile and a twinkle in his eyes. After a short illness, Marshall (George) passed away peacefully with his daughter by his side on March 3, 2020. Beloved husband of forty-three years to Jane (deceased). Absolutely adored father of Gillian Peres (Ivan) and cherished grandfather of Jordan and Abby. Beloved brother of Sally (deceased). He leaves behind brother-in-law Keith Knox (Susan), niece Allison Guest (Doug) and nephews David (Lila) and James, and grandnieces and grandnephews Sarah, John, Sara, and Bezi; and sister-in-law Eileen Lindsey, nephew Kelland (Mary Kae) and grandnieces Madison and Makelle.

Marshall was a charming, funny, and generous soul, immensely curious about people and things. Born in Windsor on December 6, 1938, he grew up in Winnipeg, graduating from Gordon Bell High School, and went on to pursue business administration at the University of Western Ontario and earned his MBA at the University of Toronto. After exciting years in the Foreign Service in Tokyo, Madrid, and London with Jane, he excelled at his career in human resources after settling in Montreal when Gillian came along. He was also a great supporter of the Atwater Library, with 17 years on the Board of Directors and two terms as president. Marshall’s interests and skills were many: sailing, model trains, and classic cars, to name a few. He was a long-time member of the Montreal MG Car Club and the Royal St. Lawrence Yacht Club. He loved travelling and criss-crossed much of the globe; a recent trip to Alaska with companion Sue Elliott was a highlight. Marshall touched many and he will be tremendously missed.

A service will follow at Mount Pleasant Cemetery in Toronto at a later date. Donations in Marshall’s memory to the Atwater Library and Doctors Without Borders would be appreciated. 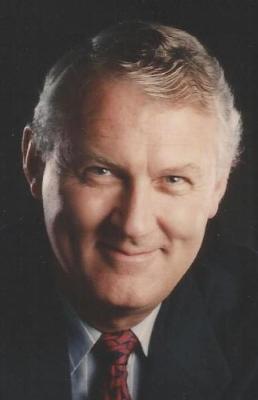