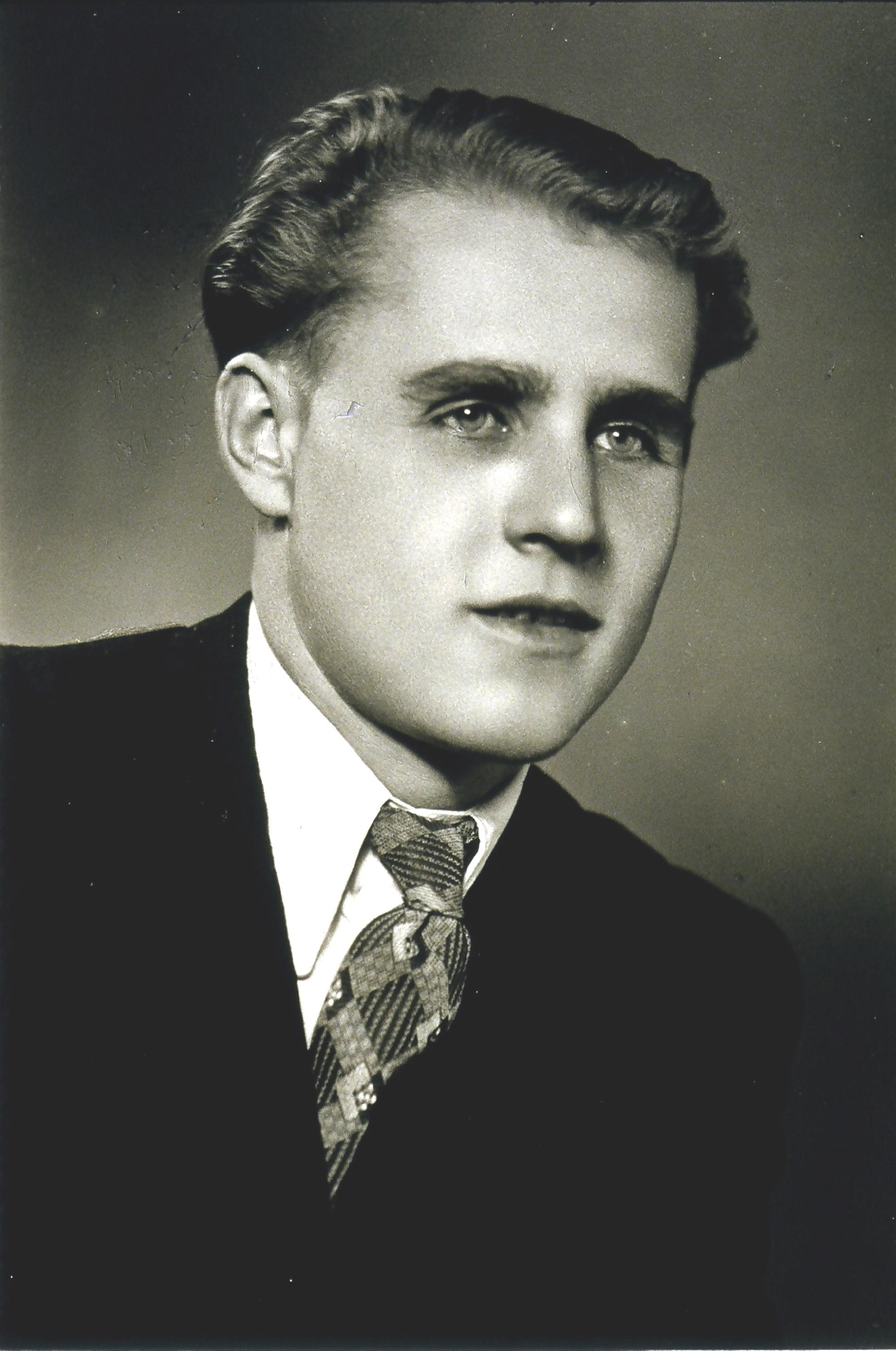 Georg Leisser passed away, suddenly and unexpectedly (not from Covid-19)
at the Montreal General Hospital on Friday,May 15, 2020, at the age of 95.
He was predeceased by his wife of 50 years, Edeltraud (Bunz), his siblings
Rosalia,and Maria,and many of his friends, and extended family.
He leaves behind his five children, Edeltraud T., George K. (Rita), Doris
(Lorne Cooke), Angelika, and Catherine (Donato Damiano), and his five
grandchildren, Anita, Tamara (Julian Nemeth), George H., Sarah, and
Alexandra, as well as many nieces, nephews and other relatives in Austria
and Germany.
Georg lived a full and industrious life - working ceaselessly - only learning
how to sleep properly in his dotage. He was loved and respected by many.
We are sharing a few of our more personal memories here, as the pandemic
currently allows us no other opportunity.
ALL of Georg and Edeltraud's children and grandchildren have happy
memories of our time spent at "the farm" (a country-place property they
owned), and elsewhere. Georg's grandson has fond boyhood memories of
his "Opa": helping his grandfather verify the measurements of the farm;
another was the excitement of firing off a 'regatta cannon' that was picked up
at auction. Georg's son also has vivid boyhood memories of the huge
vegetable garden that Georg and Edeltraud cultivated at the farm. Everybody
in the family - especially Traudi, the eldest child - helped to plant, weed and
harvest - a true cornucopia. The youngest in the family remembers countless
'horror-stories' told by her older siblings of 'picking stones' - thousands of
them - to prepare this garden.
Georg's intrepid nature - from childhood on - is remembered by all of us;
there are so many fascinating stories! One nephew wrote that Georg was by
far the most interesting uncle, one who had an incredible life story. In
addition to his immigration odyssey to Canada, Georg and his wife spent
much of their later years eagerly exploring the world; the only continent they
did not visit was Antarctica.
Georg had a profound belief in the principles of fairness and equity, and his
strong conviction of 'what's right' would not allow him to ignore or back down
when he felt these were being violated in his or someone else's life. He
always stood-up to the very many forms of bullies in this world. Georg was
also a very sensitive man, but he never celebrated his emotions. A sensitivity
to struggle and to survive was more important than any celebration; this
stayed with him until the very end, during the last bitter weeks of his life in
hospital. One of his nieces wrote of the dichotomy that was Georg: on the
one hand loving, funny, sociable, and very talkative; on the other somewhat
difficult and censorious- but we loved him nonetheless.
He will be fondly remembered and keenly missed by family, and friends for
his often difficult yet forthright and very principled code of ethics, and endless
kindness and generosity. Georg had been an active member and warden at
SI. Bonifatius Roman Catholic Church in Montreal for many years, as was his
wife Edeltraud. In later years, Georg and his wife were particularly fond of,
and dedicated to helping the community of SI. Mary's Cathedral in Varanasi
(Benares),Uttar Pradesh,India.
In lieu of flowers, which are not permitted at this time due to the pandemic,
donations to your favourite charity would be a wonderful way in which to
remember Georg, and is in keeping with his tradition of acknowledging and
giving back to others.
A funeral mass and blessing of the grave will take place at a later date, when
gatherings are once again permitted.