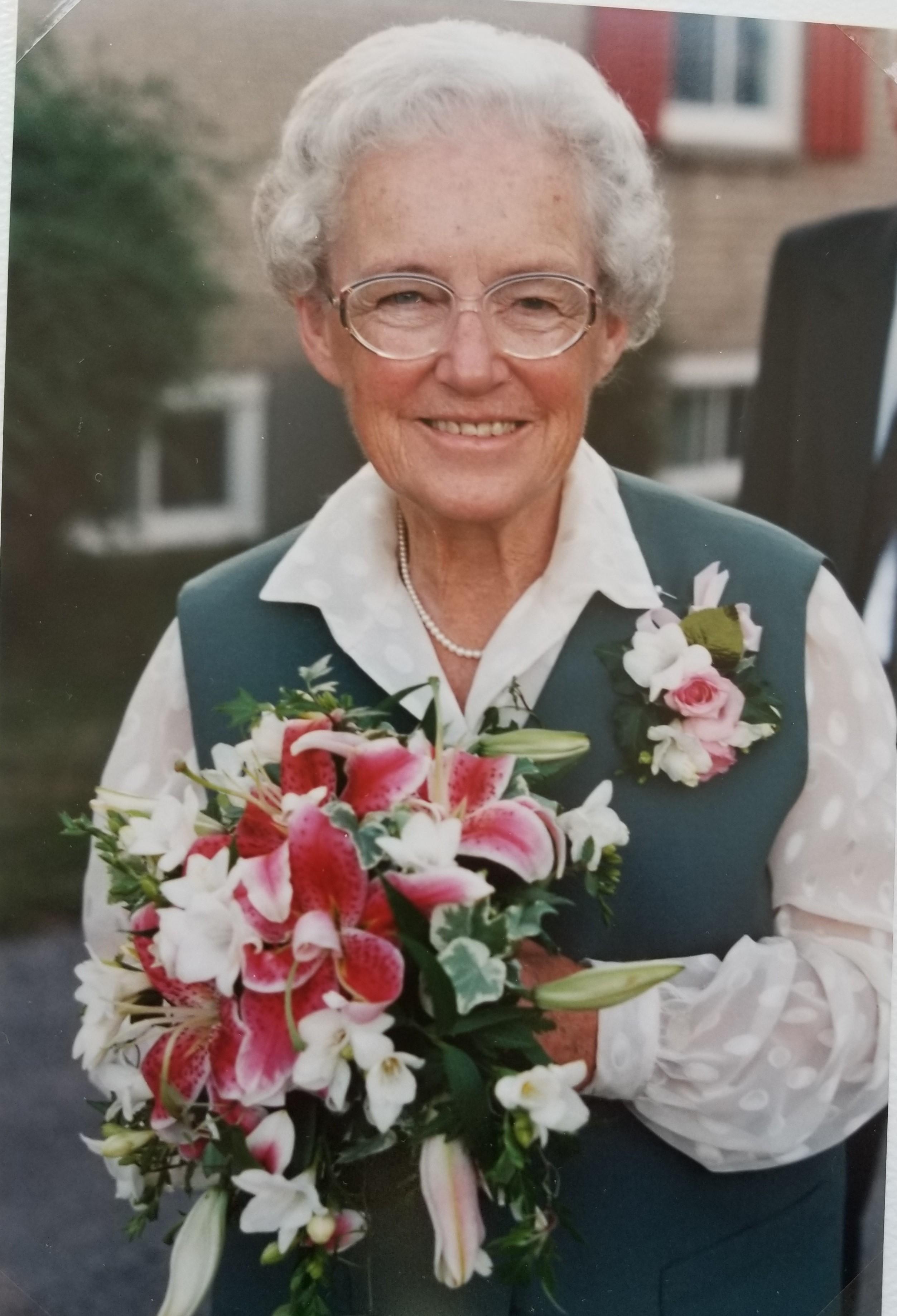 Thoroughly content with the blessings bestowed upon her since her birth at Ottawa, Canada, on May 1, 1919, Evangeline passed from this life on August 21,2022 at Montreal, where she had lived since 1948. Married for nearly 60 years to Robert Murray (who died in 2002), Evangeline was a graduate in nursing from the Hospital for Sick Children, Toronto (1943), and of Queen’s University, Kingston (B.A., 1940). She pursued studies and was recognized as a deaconess in the Anglican Church. She also had the opportunity to study art, particularly painting, with Andre Bieler (Queen’s), Gentile Tondino (McGill), Gerald Roach (Montreal Museum of Fine Arts), and others at Dawson College, Concordia University, and at a summer program in Nova Scotia (Nancy Stevens). Evangeline was most pleased by the opportunity to do portraiture and was gratified to complete a portrait of Canon Jay. Her paintings were so sought after that in addition to commissions and sales, her work was sometimes even stolen from her shows. Reproductions of her paintings can continue to be viewed online at: sprucelog.com. Her thrills from working with a brush were only exceeded by her excitement about raising and spending time with her nine children, twenty grandchildren, and as of the time of her passing, twenty-eight great-grandchildren and three great-great grandchildren. She felt deep sorrow at the loss of her daughters Janet (Jack) and Ann (Craig). She was comforted by the lives of their children - Dugald, Trevor, Sandra, Destry and Trent. She remained perpetually interested in the doings of her surviving children Elizabeth (Dan), Tom (Joan), David (Susan), Joan (Jim), Geoffrey (Anne), Donald (Nancy), and Catherine (David). Evangeline was always ready for a good game of scrabble. She was a student of the Bible in translation, as well as the New Testament in the original Greek. She was an accomplished baker of bread, constant knitter of toques and socks and sweaters, and seamstress to her daughters’ many requests, while still teaching Sunday School and leading the Little Helpers at St Paul’s Anglican Church, Lachine, for many years.
Her charity of choice has always been the Hospital for Sick Children, Toronto.
A memorial service will be held at St Matthias Church, Westmount on Saturday, September 10, 2022 at 1:30 pm