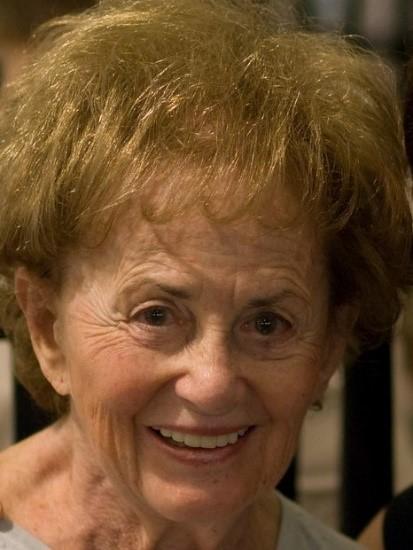 Eva Roden (née Vonchovská) died of COVID-19 on Monday May 4, at the age of 96. She was married to the late Rudolph George (Ruda) Roden, MD, PhD, for 72 years. She is survived by her children Dan (Maisie), Peter (Judy Stillman), and Misha (Michelle) Peterson (Scott), her grandchildren Mark, Paul, Claire, Daniela, Noah, Sasha, and great-grandchildren Thomas, Ayla, Dianna, Rudy, and Rosa.

Eva was born in Prague, was a Jewish Holocaust survivor, and lived most of her life in Montreal, with a ten-year sojourn in Texas. While raising three children, she studied Slavic Languages at the University of Montréal and received a Master’s degree. Eva was an author, traveler, avid reader, bridge enthusiast, mushroom picker, and linguist who spoke five languages.

While Eva was the only child of Kamila Steinová and Marek Vonchovsky, she grew up with many cousins, aunts, and uncles. She met the love of her life, Ruda, in the late 1930s. She, Ruda, and their families were deported by the Nazis to Terezín (Theresienstadt) in 1942 and she and Ruda were married there, prior to their transport to Auschwitz a year later. In 1944, Eva was sent as slave labor to Bergen-Belsen concentration camp outside Hamburg, and she was liberated by the British Army in April 1945. By then she had contracted typhus but she miraculously recovered and was reunited with Ruda in May 1945. They resumed their lives in Prague, along with her father, Marek, who was one of the very few in the family who also survived the camps. In 1948, the three of them emigrated to Canada, where they started their new lives.

She was a support to the entire Czech community in Montreal, welcoming generations of immigrants, especially in 1968 and afterward, to her home and her circle of friends. In the 1980s, she began a memoir of her wartime experiences to which Ruda added his own war story and this was published as Lives on Borrowed Time. She later published the memoirs of her youth, written in the 1930s: Když mi bylo Patnáct (“When I was Fifteen”). She and Ruda enjoyed travel, bridge, their country home in Abercorn, and especially the late summer annual family gatherings.

If you wish, please donate to the charity of your choice to remember Eva.