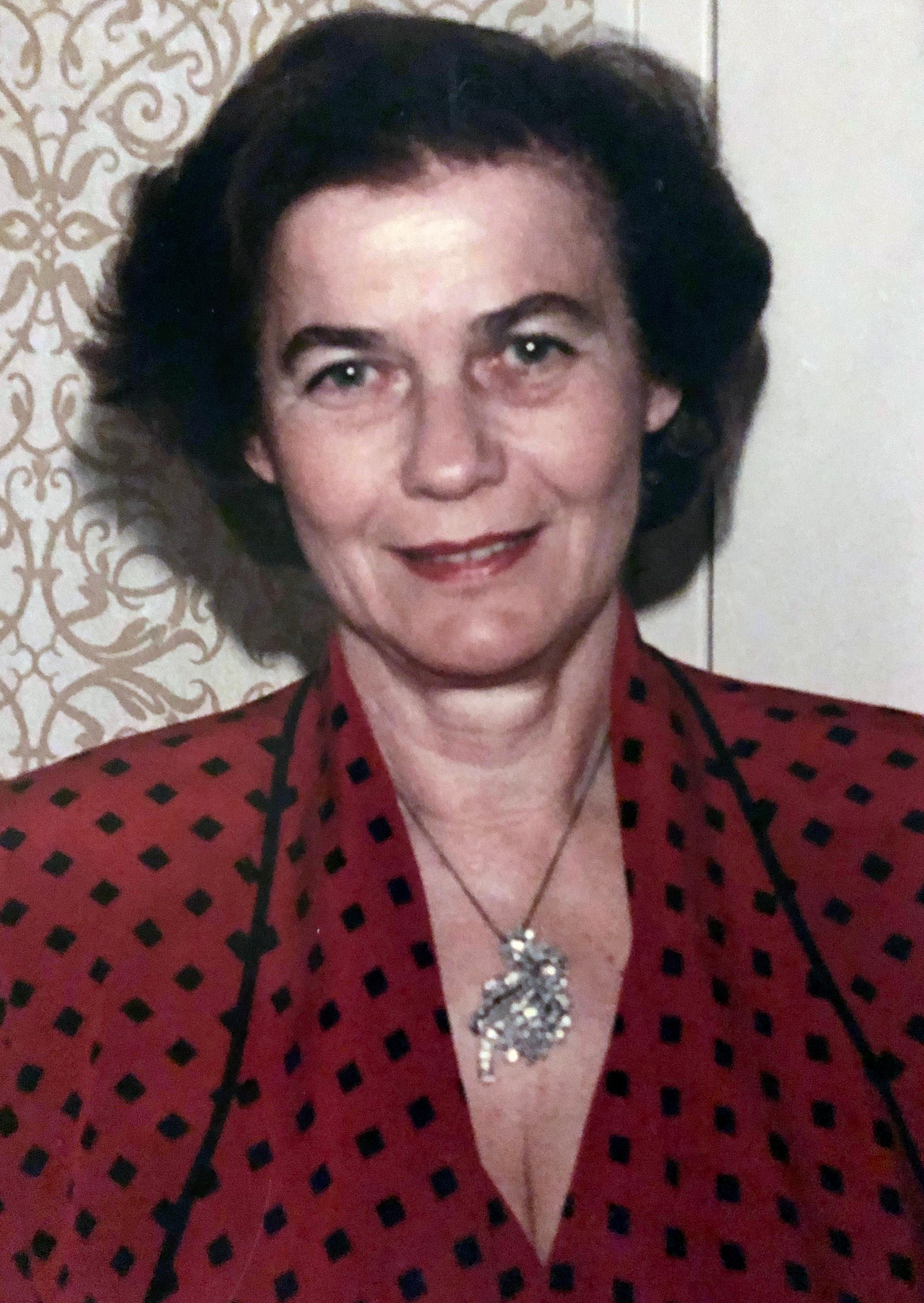 Dr. Lea Rubinyi died peacefully at the age of 95 on January 18, 2020 from viral pneumonia.
Lea will be missed by her immediate family - her daughter Kati, son-in-law Ewan, and three grandchildren Roland, Eve and George. Lea will also be missed by her cousin Anna Leppert, and Anna’s husband Detlef and their daughters Tania and Ilana, and their families.
The family would like to offer sincere thanks to Lea’s caregivers during the last years of her life.

In lieu of flowers, please consider a charitable contribution to Doctors Without Borders.

Born in a small town in Romania, Lea endured a series of traumas in the 1930’s and first half of the 1940’s that included the economic depression, the death of her father, the deportation of her sister’s family from Hungary to a concentration camp, and the death of her brother. After this difficult period, Lea went to university where she met her future husband, Paul Rubinyi. They married in Budapest, Hungary in November 1947. There, Lea became a pediatrician while Paul was an economic planner for the national government. In the dangerous conditions of 1956, Paul and Lea fled together to Austria and obtained refugee status in Canada. They started their new lives in Montréal with very little, but Lea was soon working as a resident in pediatrics at Sainte-Justine Hospital and Paul studied accounting in the evenings at Mcgill University. Lea later switched to specialize in anesthesiology and worked at Hôpital Jean-Talon for 35 years, from 1962 until she retired in 1997. Paul Rubinyi became an accountant and ultimately a management consultant at Ernst & Ernst and KPMG. Over a short few years, Paul and Lea moved from the rooming house where they began their lives in Canada to a series of duplexes and eventually to a house in Town of Mount Royal. The couples with whom they fled Hungary also prospered and they all remained lifelong friends in Montréal. Starting in the 1960s Paul and Lea enjoyed a happy life of fulfilling work, friendship and love. They loved to travel, visiting a new destination every year. They subscribed to the MSO and opera, socialized with their close group of Hungarian speaking friends, played tennis and skied cross-country, and took long walks around Parc Mont-Royal regardless of the season. Lea’s life changed when Paul died in 1992, and she had to adjust suddenly to life as a widow.

Lea loved her time spent with friends and family but she was happiest and most in her element while she was at work. She thrived on the bustle of the operating room and the camaraderie of her colleagues. She enjoyed her patients and their families, who were almost exclusively also immigrants. Part of her job was to reassure and inform patients before their operations, and it was there that her skill as a doctor shined. Throughout her career Lea held firm in both her decision to become an anesthesiologist and her belief in the fairness of the Québec health care system in which she worked. Behind her lively sense of humor was a perceptive mind attuned to social justice. She was a very practical person yet was never interested in cooking or crafts. She loved beautiful clothes yet also prided herself on fitting into the smallest of parking spots. Lea was a devoted daughter, a loyal friend, and loving wife, mother and grandmother. We will all miss her.