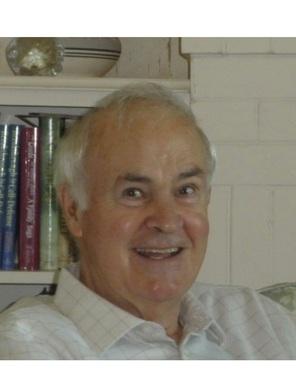 Douglas Scott Pryde died peacefully in his sleep aged 81 on December 5, 2020 after several years of battling Parkinson's and leukaemia.
Douglas was born May 23, 1939. He attended Mt Royal High School then Mt Allison University, in New Brunswick, where he met and subsequently married Patricia Gurd, with whom he was married for 58 years. After graduating from Mt Allison, always a proud Montrealer, Douglas returned to play football for McGill University.

After attaining his law degree he worked for Lavery O'Brien law firm (latterly known as Lavery de Billy) until he retired. Douglas served on numerous boards including Mt Royal United Church, Griffith McConnell Seniors Residence, and was president of EPOC, an organisation that provided training opportunities for disadvantaged young adults.

Douglas was the king of embarrassing-dad jokes and made friends wherever he went. He was on a first name basis with everyone from green-grocers to Prime Ministers.
Grateful thanks go to the nurses at Sunrise Senior Living for making his last months comfortable. Funeral enquiries can be made at Mount Royal Commemorative Services. In lieu of flowers, please donate to The Canadian Parkinson's Association or a charity of your choice.
Make a Donation
Help Extend the Memorial
Order a Keepsake Book