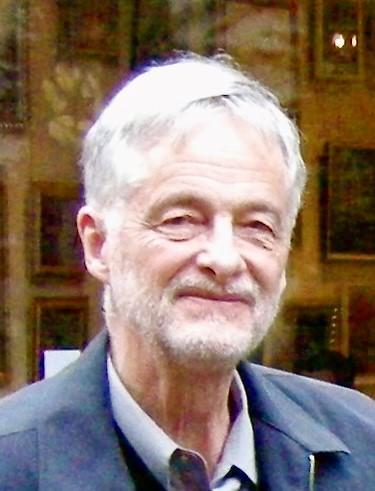 
At Montreal General Hospital (MGH), on August 28, 2022, at the age of 90, with family members at his side. He was the loving husband of Sheila Pearce, brother of Nancy Veldhuis and John, his twin. Father of Christopher, Jennifer, and Jessica; father-in-law to R. (Tae) Wutthiwongchai, Alain Levesque and Mark Thompson; and grandfather to William, Emma, Nicholas, Thomas, Alison, Theo, Troy, Althea, and Devon.

Don was born in Kingston, Ontario but grew up in the Eastern Townships of Quebec, attending Bishop's College School and then Bishop's University where he served in the Air Force Reserve, played on the Hockey team, and was closely associated with the Dramatics Society and the Biology Club. He served for two years as Quebec Vice-President of the National Federation of Canadian University Students, garnering the support of then Quebec premier Duplessis in the cause of eliminating the federal sales tax on books, which effort succeeded during his term. He graduated first class in 1953, awarded both the Golden Mitre Award and the Howard Ferguson Cup for his many contributions to life at the University.

As a second-year medical student at McGill, he attended a performance of Les Ballets Chiriaeff in Montreal in 1955, where a young ballerina suffered a dramatic fall. Answering the call for “a doctor in the house”, he met the great love of his life, Sheila. They were married on July 7, 1956. Following graduation and two years of residency at the Montreal General, Don and Sheila – with two young children in tow – arrived in Boston where Don trained in neurology at the Deaconess Hospital, prompting the discovery of the second great love of his life: Neuroscience. In 1962, he was awarded an NIH-funded fellowship in neuroanatomy and physiology at the Case Western Reserve in Cleveland. With a third child now in hand, a two-year fellowship at Oxford University in 1966 was followed by a junior faculty posting in Anatomy at Erasmus University in Rotterdam in 1968.

Summers during this European interlude were occupied with diverse field trips including: a working farm in Wales (which the children loved); and - with the family of five and a Labrador retriever jammed into an aging wood-sided Morris America- a voyage by hovercraft ferry across the English Channel, and up into central Italy where Don was determined to identify precisely which Etruscan tombs D.H. Lawrence had described in 1927 (the children less enamoured).

In 1972 he returned happily to Montreal as an Associate Professor of Neurology and Neurosurgery at McGill and concurrently as a Physician in the Department of Medicine (Neurology) at the MGH. He worked with great joy for many years as the lead organizer and tutor for the second-year medical school course in neuroscience and neurology, and later assumed the important role as head of the admissions committee of the Faculty of Medicine, forging lasting friendships and mentoring many of today’s leading medical practitioners in Canada and beyond, who still refer to him affectionately as “the Dean”. He was also very active in administration, chairing numerous committees over the years, dedicating himself to making many noteworthy contributions to McGill and the MGH.

Following his retirement in July 1999 he continued to volunteer his time and energy to McGill, spending many mornings happily repairing and re-assembling skeletal exhibits and chipping fossils out of rock in a small office in the basement of the Redpath Museum.


In later life Don was intensely private. He spent most days attending to Sheila at the Montreal nursing facility where she resides, visiting her just hours before a fall in his apartment necessitated his own hospitalization at the MGH in mid-August.

In accordance with their wishes, a joint memorial service will be held for the couple in Montreal at a future date.

Condolences may be sent to sdlawrence56@gmail.com

Donations in Don’s memory should be directed to the McGill Faculty of Medicine and Health Sciences. giving.mcgill.ca