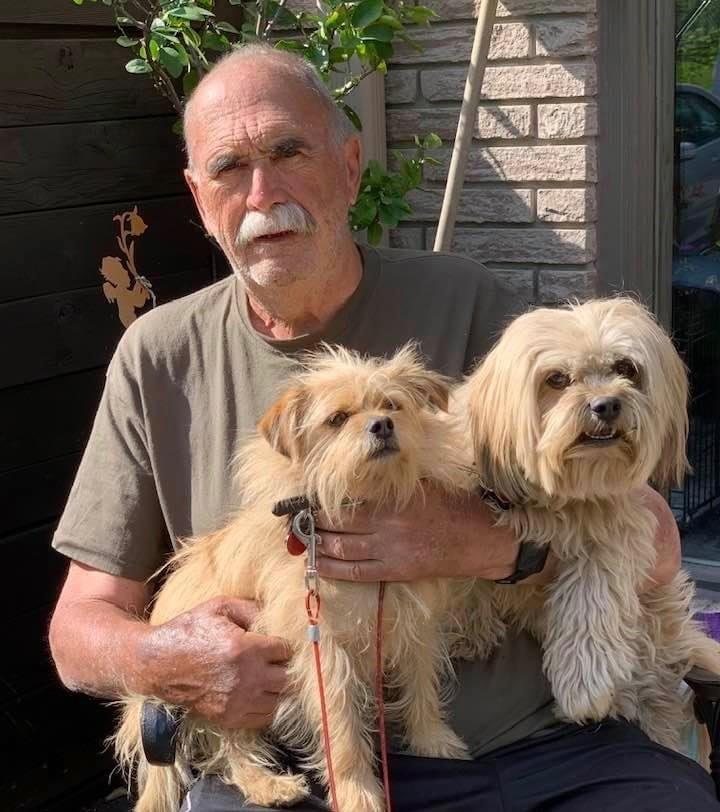 Born November 12 1950, the second child of the late Don (1993) & the late Muriel (2004) Torgeson. He leaves behind his spouse Natalie Brisebois, as well as his sister Donna & and brother Dyne (Eileen). Also predeceased by his hero, Grandpa William Warren Duncan in 1971.

Much of Craig’s childhood was spent in what was his paradise, in a place called "Happy Valley". He spent lots of his time working in the woods with his Gramps.
As a young man, Craig was a natural athlete, qualifying for the Kimberley BC Ski Team in Downhill. From Banff to Lake Louise to Rossland to Vernon, Craig and Dyne would be driven by their father to compete. Craig’s love of soaring down the hill led him to his love of flying.

When in Junior High Craig joined Air Cadets and won a Flying Scholarship at the young age of 16. That was the beginning of his lifelong career. He went on to study at Mount Royal College where he received his pilots license, and began his career in Yellowknife & Inuvik with Northward Airlines.

In 1978 Craig moved to Montreal to work for Air Canada and eventually to Notre-Dame-De-Ile Perrot, where he built his forever home. He became Captain Craig Torgeson for Air Canada, and served 32 yrs of service before retiring in 2010.

While working for Air Canada, he met the love of his life, Natalie Brisebois, who also worked for Air Canada. They would live on together as soul mates, life partners to travel the world.
They shared the same love for the game of golf as they did travelling. If they weren’t home, it was guaranteed they were on the golf course!

Sadly, on March 18 2021, Craig passed away peacefully with Natalie by his side. The sadness and heartbreak that is felt within is indescribable.

We wish to thank everyone for the ongoing support over the last few years. To the many nurses, doctors and staff who cared for Craig at the Royal Victoria Hospital, we thank you from the bottom of our hearts.

The text messages, phone calls, and many words & memories shared through social media, have been overwhelming and show just how much Craig was loved by so many.

Craig was an entertainer, and his home was always “Open door” policy! As per Craig’s wishes, there will be no funeral service. His wish was for all his friends and family to reunite and celebrate his life. We will fulfill his wish, and once we are all able to be together again, we will celebrate “Torgy”style as friends & family!

We ask that in lieu of flowers, a donation be made to the Royal Victoria Hospital /MUHC