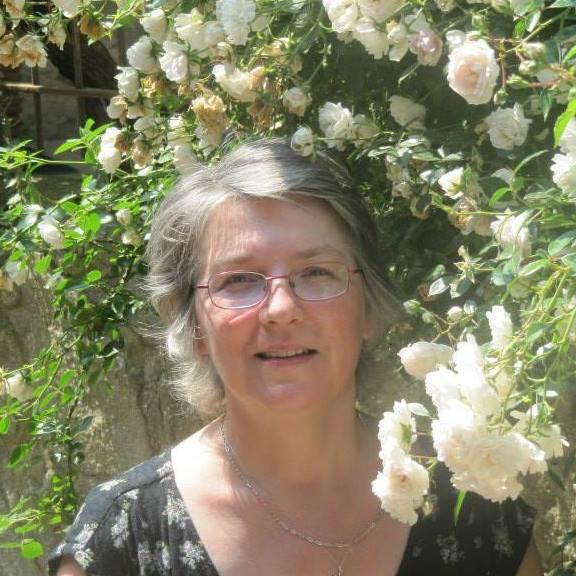 It is with immense sadness that we announce the death of Karin Montin from inflammatory breast cancer on August 9 at the age of 63.
She is sorely missed, each and every day, by her partner James Cookson, their two children, Erik and Zoé, her sister Louise, her brother Leif, her many relatives in Atlantic Canada and Sweden, and her huge circle of devoted friends.
The daughter of Sven-Bertil and Helen (née Ritchie), Karin was born in Montreal in 1957. She did her elementary and secondary schooling there, except for a year of elementary in Cambridge, Massachusetts, and a year of secondary at Lycée des Eaux Claires in Grenoble.
After graduating from Vanier College, she completed a B.A. in Modern Languages from McGill University, which included a four-month stay in Perugia, Italy, that made a lasting impression on her, and then an M.A. in Translation from the Université de Montréal.
Thereafter she spent over 35 years working in Montreal as a freelance translator and editor, in a broad range of fields and for a wide spectrum of organizations. In the 1980s and 1990s she also taught translation and was active in adult literacy tutoring, while more recently, she became quite involved in the Literary Translators’ Association of Canada (LTAC). Her published literary translations included works by philosopher Luce Irigaray and novelist Marie Cardinal.
A woman of many talents, she was an especially avid murder mystery reader and fan of the genre, regularly attending BoucherCon conventions across North America; a keen crossword enthusiast, particularly of the cryptic variety; an uncrowned champion in all manner of trivia, general knowledge and especially word-related board games, including Scrabble and Bananagrams, in both English and French; an accomplished amateur photographer; and a fierce feminist from her teens.
While she was very much a Montrealer born and bred, her favourite summer place, the one where she spent many of her happiest moments and formative teenage years, was Sandy Cove, on Nova Scotia’s Digby Neck. She returned there summer after summer, and her attachment grew stronger with each stay.
We extend our sincere thanks to the kind and very dedicated staff of the Cedars Cancer Centre and the Mount Sinai palliative care hospital.
In memory of Karin, and in lieu of flowers, please consider making a donation to one of the following charitable organizations: the Canadian Cancer Society, the Cedars Cancer Foundation, Chez Doris Women’s Shelter Foundation or Indspire (Indigenous education, Canada’s future).
Make a Donation
Help Extend the Memorial
Order a Keepsake Book