The portion of Charles Wilton Eddis memorial that you are trying to access requires an extension in order to become active again. Would you like to contribute to the memorial?s extension? 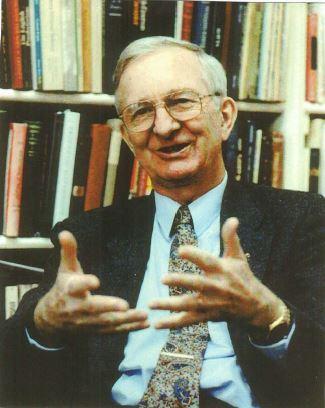 Charles W. Eddis, Minister Emeritus, Unitarian Church of Montreal, died peacefully at Montreal General Hospital.
He is survived by his beloved wife of 67 years Nancy. Father of Pamela who died in infancy, Sandie Cramm (Colin) and Tim Eddis (Lisa). Grandfather to Laura, Max, Mary and Jake.
Charles was born in Toronto, Ontario, the son of Margaret Campbell Meyers and Charles Sheppard Eddis. Nelson James Carlson became his stepfather after his father’s death in 1935. He had three sisters: the late Edith Wyndham Eddis Land, the late Joan Shearman Eddis Topolski, and Susan Eddis Crease Morales.
Charles attended St. Andrews College 1937-1944 and in his last year became Head Boy. He did a year of service in the Canadian Navy then completed a B. Comm. at the University of Toronto. Charles graduated from Harvard Divinity School in 1951. He rounded out his studies and pursed his interest in philosophy at Meadville Theological School in Chicago.
From 1953-1958 he served in Edmonton, Alberta where the group of 25 grew into a much larger church community.
His next congregation was located in Pointe Claire, Quebec where he worked until 1966 when he accepted the call to the Unitarian Church of Evanston in Illinois. During his years in Evanston social action and change were on the forefront. In 1968 daily demonstrations lead to the enactment of laws in Evanston to end racial discrimination in housing. Rev. Eddis received the Citizen of the Year award from the Chessmen, a black service club, along with the Rev. Jacob Blake, the co-leader of the demonstrations. He worked with Clergy and Laity Concerned About Vietnam, making several trips to Washington. He set up draft counseling on the Chicago North Shore.
In 1977 Rev. Eddis returned to Montreal to serve the Unitarian Church of Montreal; the church which he had first entered decades earlier while in naval uniform. Charles chaired the Montreal Disarmament Committee which hired and filled 32 busloads of demonstrators for the United Nations Special Session on Disarmament in 1982. In 1987 the Church of the Messiah suffered a disastrous fire. He held a key role in the new building which was dedicated in 1996. Charles continued to be active in the church as Minister Emeritus, completing an unfinished book on history of the church, and preaching from time to time.
Rev. Eddis was a leader in the formation of the Canadian Unitarian Council (CUC), and was its first president 1961-1964. Over the years he served on many CUC committees and on the Board of Trustees. He was the first president of the Unitarian Universalist Ministers of Canada 1977-1980.
Charles was an active leader in many organizations including: World Conference on Religion and Peace, Project Ploughshares, and Christian-Jewish Dialogue.
In summer often he could be found in his hammock between two trees enjoying a detective story, with a bar of dark chocolate and a pint of bitter while the family dog slept beneath. Charles was a big Canadian football fan. His other interests included music, especially Benny Goodman, photography, and electronics.
A life well lived.
He will be missed by many.

Mr. Eddis enriched our lives and will live within us.
To him: "Thank you for all the care, consideration, and wisdom shared with us and the world at large. We appreciate your humor and drive to continue learning and growing for a lifetime. "
We are grateful he led our wedding ceremony and signed our marriage license 32 years ago.
Our thoughts and prayers go to Mrs. Eddis, Sandy, Tim and their families as they make this next transition in life; we look forward to seeing all once the pandemic allows.

Dear Nancy,
Over the years, I never failed to find in Charles a man of kindness, principle, understanding, and warmth, a true man of faith. We were partners in creating interfaith amity in Montreal, and I ever appreciated his insight and ability to come to the core of the tasks we were undertaking, the questions we faced together. In retirement, I found him a model worthy of emulation. Please accept my sympathies in your loss. May the memories of so many good years together, combined with the honour of so many for Charles' efforts and leadership, sustain you in your grief.
Sincerely,
Rabbi Leigh Lerner 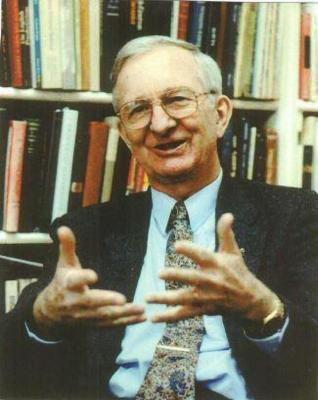