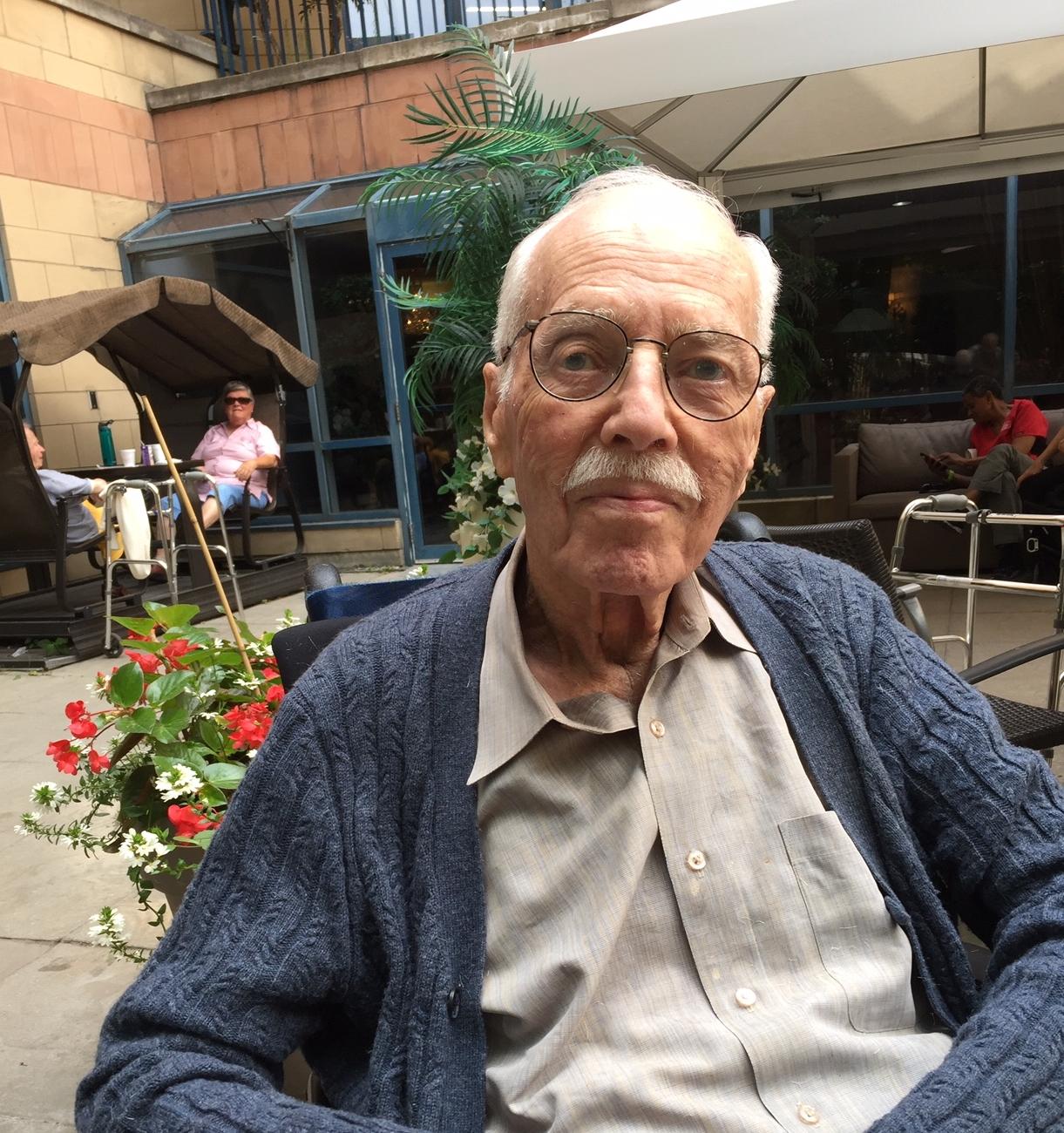 It is with great sadness that we announce the passing of Anthony Albu, peacefully in his sleep at the age of 92.
Dad was born in London, England, attended Cambridge University and served in the British Army Intelligence Corps from 1944 – 1947. He arrived at Montreal in 1951, immediately joined a bridge and tennis club, and spent his entire career in the food business. He founded Caneast Foods Ltd (Riviera Brand canned foods) in 1964 and travelled the world for 40 years buying food and returning with fascinating stories. He sold the business and retired in 1999, leaving him plenty of time for tennis, bridge and spending weekends at the cottage in Knowlton with Joan.

Tony had a great life, and a wonderfully happy, 38-year marriage to his beloved wife, Joan, and is survived by his two children, four grandchildren, one great grand daughter (Chloe) and his step-family. Tony was the dear father of Jennifer (Kris) and Michael (Vandi) and the loving grandfather of Krista (Steve), Natasha (Peter), Catherine (Maxime) and William (Camille). He is dearly missed by his four step children Karen, Chris, Jim and John and step grandson Nick. Pre-deceased by his brother Peter Albu in 1970, he is survived by his sister Evelyn Warton of Salisbury, England and many nieces and nephews and friends around the globe.
The family would like to express sincere thanks to dad’s devoted caregivers on the second floor at Chateau Westmount, including Julie, Charity and Gloria.

Cremation has taken place. In lieu of flowers, donations may be made to www.parkinson.ca .